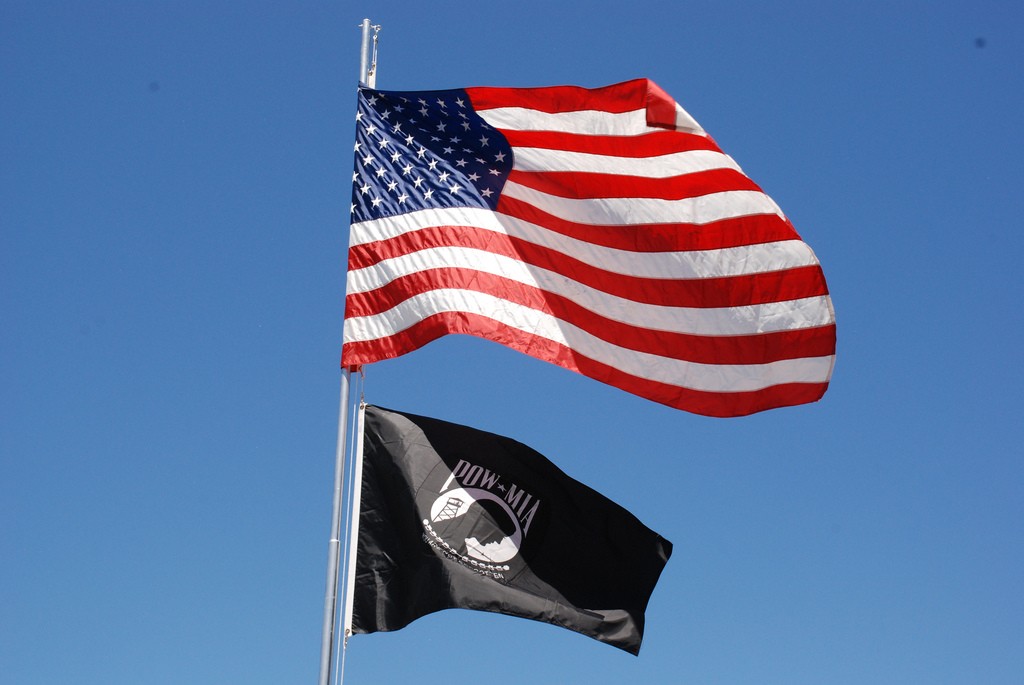 People tend to use historical narratives to construct the essence of a movement or symbol, but only when it is convenient. Case in point, a recent Washington Spectator article argues that the POW/MIA flag should be taken down because it was a cynical tool that the Nixon administration created to galvanize support for the Vietnam War. Soldiers who had previously been classified as “Killed in Action/Body Unrecovered” were suddenly identified as “Missing in Action” or potentially POWs whose life or remains must be recovered before leaving Vietnam. These efforts included exaggerating the numbers of soldiers as POWs or Missing in Action in the Vietnam War to justify, in part, continuing the war. Because of this narrative of the flag, the author asserts that it should be removed because of its negative origins in manipulative lies and violence, comparing it to the Confederate flag and its historical meaning.

The article now includes a revised headline and an appended apology from the author and editor because some readers were troubled by their use of the label “racist” for the POW/MIA flag, in light of this historical narrative and its promotion of war in Vietnam (and apparently the equation with the Confederate flag). Ironically, while the whole point of the article is that the history of the POW/MIA flag determines its significance and meaning today, the author does not see the original version of the article itself as determining the meaning of the article, as the author argues in the apology that the point about the flag’s problematic history is relevant, despite the problem/distraction (shall I say “history”) with the original choice of terms in the headline. In other words, they can disavow the history of their own article by changing its title and apologizing, but the history of that flag is fixed, unchangeable, a “banner of lies.”

Arguments about origins stories and the essential meaning of a symbol rely on this assumption that a fixed essence develops from the origin of a symbol or a movement. Just because soldiers whose bodies were never recovered were not a focus prior to Nixon’s apparent manipulation of the cause for ulterior motives does not automatically make that concern over soldiers Missing in Action problematic today. Arguing for taking down the POW/MIA flag requires much more careful points than a simple focus on the origin of that symbol, much as better arguments against the Confederate flag can be made that do not assume that the history of slavery and racism evident in the writings of many leaders of the Confederacy exhausts the meaning that people find within the Confederate flag. The meaning that people attribute to a symbol or movement is malleable and not simply derived from selected components of its history.

Photo credit: The Flags by Mike Renlund (CC BY 2.0) via Flickr

One Reply to “Ironic Symmetry”