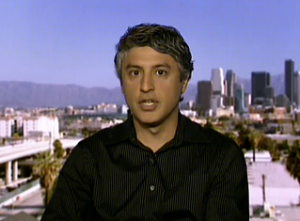 Asserting that Islam, or any religion, thinks, claims, or teaches something is problematic in two ways. The Qur’an, along with a long history of commentary, includes references to a figure named Isa (in common transliterations of Arabic), whom most readers generally agree is the same figure that English speaking Christians identify as Jesus. Aslan’s assertion, though, implies a uniformity of thought, an essential conception of Isa among Muslims, that ignores the variety among those who identify as Muslim. Beyond that oversimplification, Aslan ascribes agency to “Islam” in a manner that cloaks the human actors who explain what the Qur’an and the history of textual interpreters identified with Islam mean. So, not only is the breadth of interpretations among those who identify as Muslims essentialized into apparently one set of ideas (which Aslan claims to overturn), but also Aslan attributes that essentialized conception to something named “Islam,” which appears to exist beyond human action. Aslan, thus, dehistoricizes those conceptions and legitimizes particular interpreters as describing “Islam” rather than asserting their own interpretations.

Even if Aslan’s remarks in this interview do not reflect his most precise linguistic constructions, as he might not have expected the interview to turn in the way it did, such assertions are not unusual in public or academic discourse. Granting agency to a religion becomes a shorthand way of explaining to students in undergraduate survey courses or media consumers what a scholar identifies as a dominant assertion of a portion of those who identify with a particular religion. Such assertions dismiss the contested interpretations, marginalizing those who disagree as outside the bounds of that religion. Scholars, at least, need to shift our standard language to be more precise about who interprets and selects.