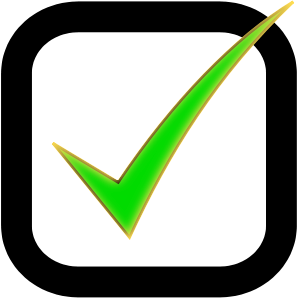 In the story “Why People Exaggerate Religious Behavior” on NPR this morning, Shankar Vedantam and Steve Inskeep discussed a study about self-reports of religious behavior. By comparing reports of religious behavior, specifically prayer in Pakistan, Turkey, and Palestine, to diary accounts and other observations of behavior by the same respondents, the researcher identifies a commonality among those who overreport the behavior, both in this study and prior studies of church attendance in the US. The researcher explains,

So, differences in behavior reported on surveys reflect different attitudes towards religion as much as particular differences in behavior. The hosts further assert that the reports of behavior reflect people’s aspirations more than their behaviors. For the researcher, these “mistakes” tell us about the respondents “what they value or perhaps who they want to be or who they think others want them to be.” Perhaps, the report asserts, the overreporting reflects a discomfort with secularization, both society-wide and individually.

However, such conclusions may be a bit too quick. Potential differences in what constitutes activities like “prayer” or even “church” (not to mention “religion”) can mean that what a respondent identifies as religious behavior does not match what an observer considers verifiable behavior. (By the way, Mr. Inskeep, just because someone lives in Pakistan does not mean that they automatically think they should pray five times a day, even if they identify as Muslim.) It seems plausible that some who are reporting that religion is important in their lives and overreporting their behaviors may be exaggerating the importance of religion in their daily lives, too. Thus, the correlation that the researcher identified could reflect the dynamic of responding to surveys more than discomfort with becoming more secular, making the survey results a reflection of its construction and the respondents’ reading of that construction more than the conceptions and practices of the respondents. Similarly, their interpretation of the differences between Pakistan and Turkey conveniently confirms preconceived notions about religious upheaval in Pakistan and secularity in Europeanized Turkey. The analysis of surveys seem to tell us more about the process of surveying and the assumptions and interests of the analysts than about the subjects of the survey.

One Reply to “Overreporting Religion”