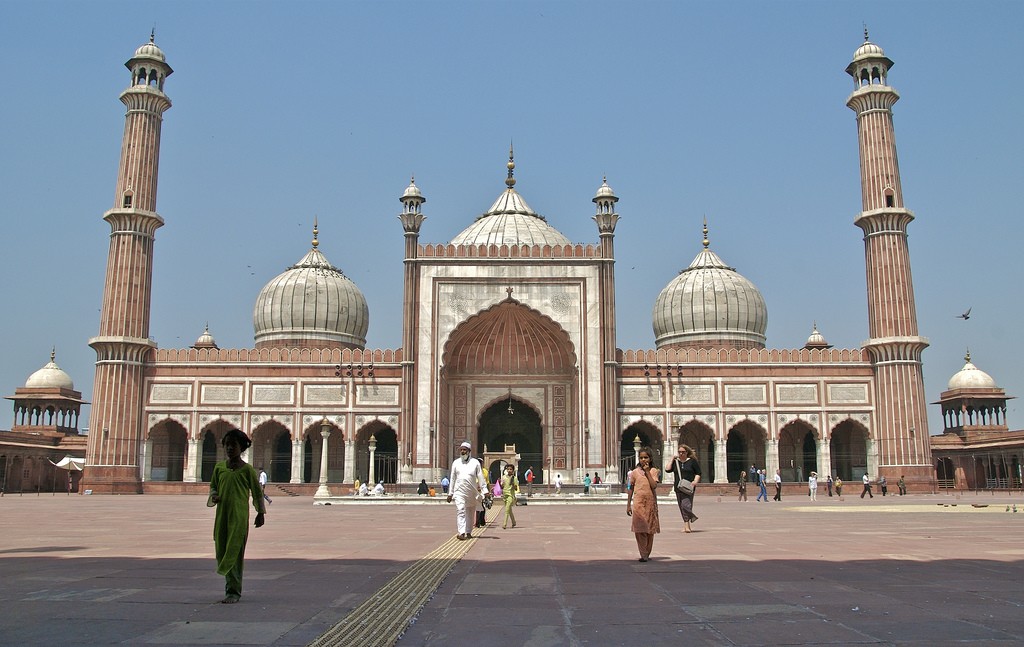 Are Muslims taking over India? Recently released data from the 2011 Census of India generated various headlines, from the alarmist assertion that the percentage of the population identifying as Hindu has declined to the calmer emphasis on the slowing growth in communities identified as Muslim. One Hindu nationalist organization provocatively asked in response to the data, “Is there a larger conspiracy to Islamise Bharat [India]?” These reactions to demographic shifts look familiar, like responses to demographic change in the US concerning religious affiliation or ethnic identity. Analyzing the dynamics underneath the numbers reveals that these instruments are not simply describing changes in our world but constructing our world in particular ways.

The identification that had the sharpest increase in the Indian census between 2001 and 2011 (depending on how you measure the increase) was not Muslim but those who stated “no religion.” That number jumped almost four-fold from 730,000 to 2.9 million, yet percentage-wise those respondents only represent about 2/10 of a percent of the total population. It is easy to read that tiny percentage as illustrating how deeply religious India remains. Such a simplistic reading, though, is one problem with these instruments. People in any society, and even moreso between societies, understand differently what identifying with a religion means. In India, religious identification for some is simply a factor of one’s birth and has little connection to practices or belief.

In fact, for some in India, religious identification has consequences in other realms of life. Efforts to address long-term discrimination against communities that are recognized as Scheduled Castes / Scheduled Tribes (legal terms referring to communities listed by the government as historically low status) provide preferences in areas such as university admissions or government jobs, yet those reservations are not available to people who identify as Christian or Muslim. In such a context, some may choose to identify as Hindu in the census to maintain this legal benefit, whatever they may believe or do.

To complicate this further, some in communities identified as low caste also have questioned their inclusion as Hindus, arguing that upper caste communities (who have excluded low caste groups from many practices historically) are the only Hindus. Such an assertion would mean that Hindus have numbered less than 50% of the population of India for centuries, at least. So, while it is easy to read the labels on a census like this as stable and uncontested, underneath the surface are competing definitions and boundaries that influence what the data reflects and actually constructs. Deciding whether to subdivide a group or bring groups together not only influences the data from the survey but also can influence the ways communities relate to each other afterwards. In other words, surveys and censuses are not simply describing the world but actively constructing it in particular ways.

To relate this to recent issues in the United States, the decision to divide out different large categories of Christians (Evangelical, Mainline Protestant, and Catholic) in the following chart from a Pew Center report places the unaffiliated as a group (see my critique of that issue) similar in size to these subgroups associated with Christianity. If, like the Census in India, the Pew lumped all Christian subgroups together in the chart, the dominance of Christianity in the United States and the increase in the Unaffiliated would have a different appearance, emphasizing the continuing dominant position of Christianity more. 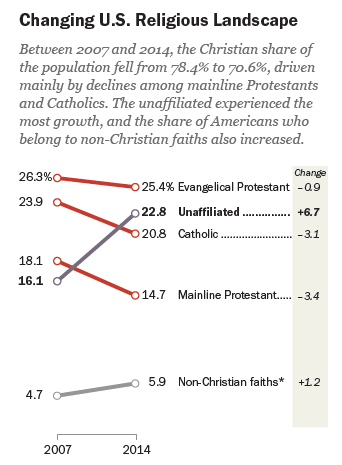 Such debates and analyses are certainly possible in areas of ethnicity, race, income, education, etc. The survey instruments and the analysis of them create descriptions of reality that reinforce, even construct, particular views of society, sometimes for very specific interests like generating fear.

Photo of Jama Masjid, Delhi by Peter Rivera (CC BY 2.0) via Flickr