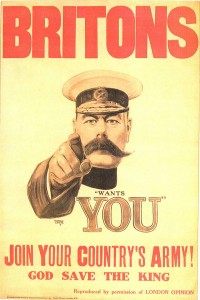 Watching “Monty Python and the Holy Grail” this weekend, I was struck by the scene where King Arthur introduces himself to a few of his subjects, who happen not to see themselves as his subjects.

The dialogue, starting at 0:40, proceeds:

How do you do, good lady. I am Arthur, King of the Britons. Whose castle is that?

King of the who?

Who are the Britons?

Well, we all are! We are all Britons, and I am your king.

Well, I didn’t know we had a king. I thought we were an autonomous collective.

This scene nicely illustrates one starting point for reflections in Culture on the Edge. The identity of Britons is the product of particular historical circumstances that connect with particular interests within a field of competing interests. Thus, it recognizes that the act of identification is not an expression of something innate in the individual or group but is a product of significant (often self-interested) work.

While many scholars have made this point, I often think of Benedict Anderson’s Imagined Communities, originally published in 1983, as being one important explanation of this process in relation to nationalisms. Since Monty Python made this point almost a decade before Anderson, maybe I should start citing Monty Python instead.

2 Replies to “Who are the Britons?”