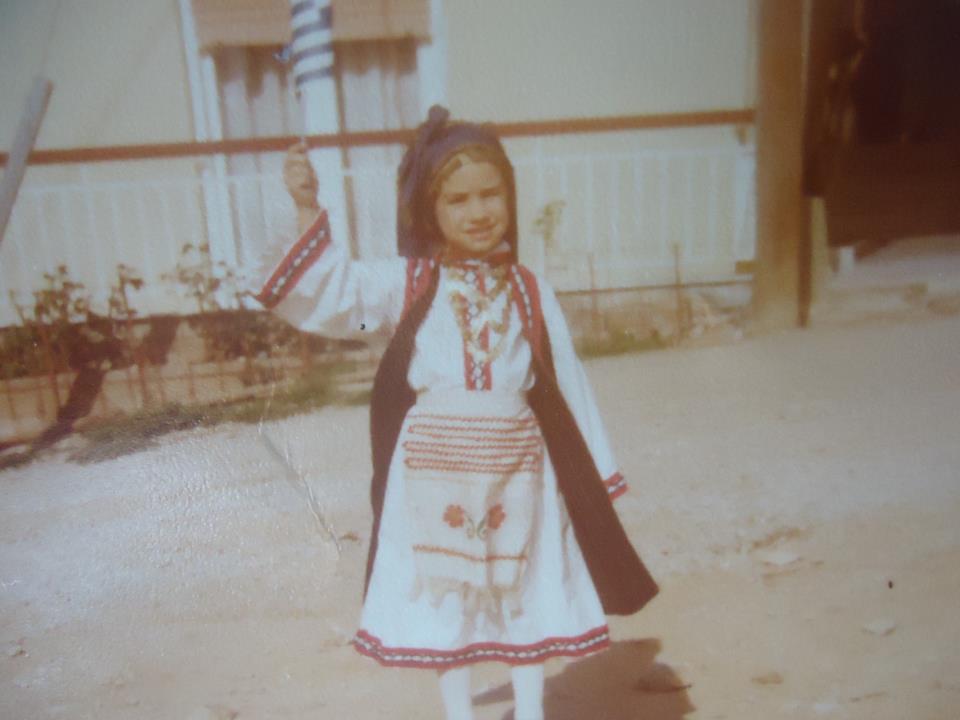 Although we all have many identities my national identity is what comes first in mind especially now that I’m away from Greece. I suppose when you are asked to remember the first time you realized you were of a certain nationality is not that easy. I’m Greek! I was born in Athens and grew up in Thessaloniki and it sure fills me with pride when I’m asked to show around and talk about my ancient Greek heritage, which I see is of great interest to my North American friends and not only. Of course this pride has its ups and downs, especially when I’m asked about the current politico-economic situation in Greece…. Anyways!

Being Greek is many things but let us start from the beginning: it means that your ancestors (I won’t go as far as to say my great great grandparents) were Socrates, Plato, Aristotle, and Alexander the Great, and many others of course. You spend your entire school years learning about them that they are more familiar than modern Greek philosophers or even politicians. Now of course I could write all sorts of stories how, when I (and I’m sure others like me) was at school learning about my ancient history, I was with Spartans when we fought against the Persians in the battle of Thermopylae but I could easier identify myself with Athenians rather than Spartans, especially during the Peloponnesian War (431 – 404 BCE), besides the Golden Age of Pericles had a glamor of its own (no wonder why Athens came to be my scholarly interest)… And then finally Macedonians did what the egocentric Athenians failed to do: unite us all, unite the Greeks! The story of how the Roman Empire took over us was never my favorite, but Byzantium soon made things better and then came the Turks and the 1821 revolution against them and this is when the Modern Greek state emerged….

I can easily say I’m Greek but less to start explaining as to how I came about thinking I’m one. But luckily pictures (our modern artifacts) help towards that direction. So, the first recollection I have of how important it is to be Greek, goes back into my early days in school. I remember I was six years old and we celebrated in Kindergarten the 25th of March, which is Greece’s National Celebration of the 1821 revolution of the Greeks after 400 years of slavery under the Ottoman Empire. I was dressed with a folklore costume (pictures I have of the celebration make it easy for me to remember) holding in my hand the Greek flag and I had to recite the following poem:

I don’t really remember how reciting the poem made me feel (no picture for that), that is, whether I had a consciousness of my Greekness, but the reaction of my family that gathered for the Kindergarten’s celebration must have made me think that being Greek , whatever that means in the mentality of a 6 year old, and reciting a poem rather than reading it, was very important; but despite the picture I have of that day — much like artifacts found today in a site of archaeological interest – one should do well to question whether the recollection of my past is mine or that of my parents and extended family and how they thought I felt and repeatedly told me. But then again you have to learn of your past from somewhere, right? Whether it is your family, friends, archaeologists, songs, poems or even history books you learn it from; but now wait a minute whose past were we talking about, mine or theirs…?