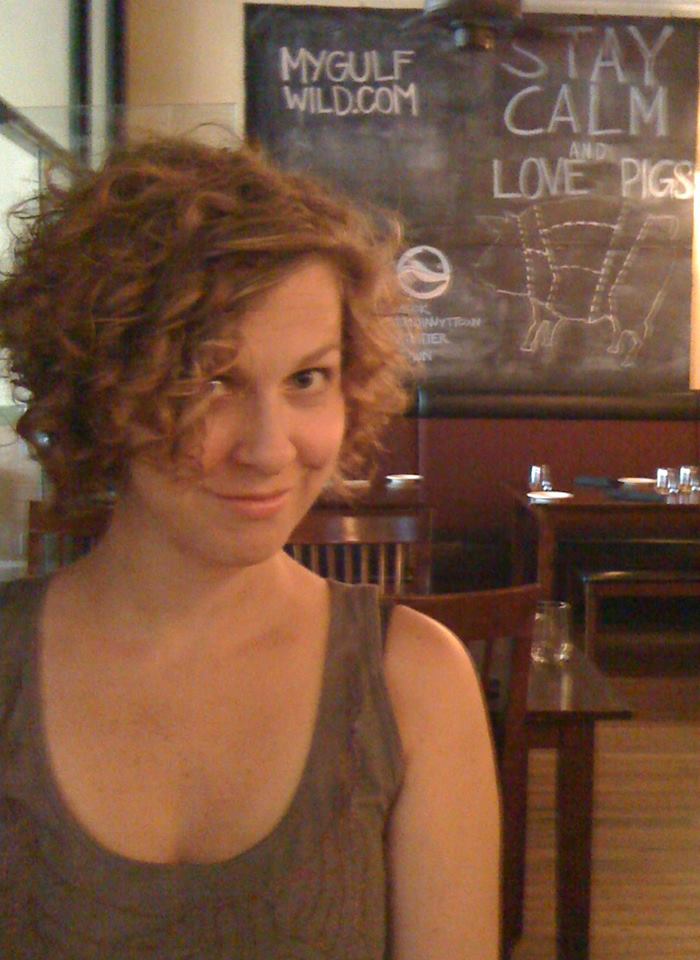 A: I never expected to end up teaching in a Religious Studies department.  But really, my studies in English overlap with the work I now do in a variety of ways.  The strands of literary criticism that I found most interesting were ones that questioned the roles of authorship, text, and readership.  The more literary theory I read, the more difficult it became for me to see “author” and “text”, for example, as two discrete categories.  I remember the first time I read “The Death of the Author” by Roland Barthes—I was completely floored.  And that was just the beginning!  My studies took me into veins of feminist and postcolonial literary theory, and I began to see everything (author, reader, publication, reception, etc.) as a text that I was able to analyze and interpret.  That prompted me to be less interested in a concrete “text itself” and far more interested in the variety of discourses giving rise to what we consider that text to be.

That formative idea of a thing consisting only of the discourses that name or describe it has been the nucleus of my studies in religion as well.  Rather than seeing a particular ritual or myth as an obvious thing out there in the world, I ask my students and myself to think instead about what kinds of ideas and assumptions are at work socially to name a particular practice or narrative a “ritual” or “myth,” while others are labeled differently.  I do teach courses on topics covering my subject area, like “Religion and Literature,” for example, but such a course is not at all about identifying or comparing “religious” themes in various pieces of literature.  Instead, it is about issues of canon and tradition—how texts come to be placed within or excluded from a canon and why.  In that sense, my classes are not about the data (religion or literature) so much as the critical questions at work surrounding each—questions about power, politics, and perspective.

Q: Issues of migration and blurred identity have long been of importance in your own work, as well as studying how groups claim or judge authenticity, originality, and thus how they claim (or deny) social and political legitimacy. Could you provide us with a good example of how all this works in social life, the sort of example you might use in an undergraduate class to tease apart (and perhaps complicate) identity for your students?

A: Talking about gender and race in the South with students, many of whom are from the South, is a really complex and rewarding experience.   When I say by way of introduction that I’m from the South, too, my students light up, only to raise an eyebrow and follow up by telling me that they don’t recognize a familiar accent.  I tell them I was raised in Tampa, Florida.  “OH…”  And I get a few eye rolls.  I’m told that Tampa is decidedly not the South.  But then when we go on to talk about what does constitute “the” South, a really wonderful and complicated conversation ensues.  Do we count Virginia and/or Florida?  What do we do with Appalachia?  And how about all those coastal cities that don’t identify Southernness with rural space?  The debate among students who often come to the table with a sure sense of a stable category called The South into which various sites and people are and are not placed is never a resolved one.  Instead, we then begin talking about what the disagreement suggests—how various groups come to identify the region as a particular and unique one, and what kinds of things are at stake in such identifications.

I remember one really interesting set of discussions in my Religion in the American South seminar that came near the beginning of a semester.  We were talking about Scarlett O’Hara and how that character has been marketed as a paradigm of “the Southern lady.”  Specifically, we were thinking about how Scarlett and all the finery that constitutes her particularly Southern brand of femininity rely on the figure we don’t identify as a Southern lady—the black, domestic, maternal Mammy who ties her laces and prepares her clothes.   The “authentic” Southern belle, then, does not exist in isolation.  Her legitimacy is made possible by a structure of Antebellum slavery and domestic servitude comprised of people not at all able to lay claim to the same legitimacy—socially, politically, or otherwise!

Q: We hear that, among your other projects, you are co-editing a multi-authored collection of essays on discussions now taking place in the U.S. around the issue of “post-Blackness”; could you tell us a little about this project, what that term means/who uses it, and some of the things that are now at stake in how we now talk about race as a key identifier in social life?

A: I am co-editing the volume (entitled The Trouble with Post-Blackness) with Prof. Houston A. Baker, Jr. (Vanderbilt University).  We both found curious the language of post-blackness that seemed to work for many who critiqued the notion of a “post-racial” society in the wake of Obama’s election successes.  Some scholars and political commentators/essayists have trotted post-blackness as a kind of answer to the problems of post-racialism.  Particularly direct in its focus on this topic is Touré’s recent book Who’s Afraid of Post-Blackness: What It Means to Be Black Now.  In it, he compiles interviews with “prominent” African Americans about their experience with black identity.  The punch line is basically that, in a post-Civil Rights-era generation, blackness is not performed with any essential core.  It doesn’t mean a certain thing for everyone.  There are multiple ways to “be black” in a global, technologically infused context.

The motives of the book are nice enough—a progressive move toward expanding the concept of blackness so as not to reduce it to a universal monolith.  However, as my co-editor and I understand it, post-blackness is nothing more than a new rallying point for the notion of blackness—one based upon a certain level of access: financial, political, educational, or otherwise.  Thus, it still reifies a basic category of “blackness” that we now simply move beyond by understanding the ways (there are three that he outlines with the help of Michael Eric Dyson) of performing that identity.  It doesn’t complicate blackness so much as patronize a particular mid-20th century take on it.

To my own way of thinking, this is part of a more general critique of the way race is discussed within not only political pop culture but also the academy.  That is, as we have become more comfortable discussing the world and individuals in it as hybrid, complicated, and globalized through various channels of communication and access, we have become even more reliant on the rhetoric of individual experience.  That space of personal identity has become for many an untouchable realm, one not subject to criticism or inquiry, one that merely becomes something for the person her or himself to describe for others.  That’s a troubling move, in my view.  It keeps up and running the idea of race as an inherent quality dwelling deep within a person, even with the emphases on the contextual evolutions that make it mean different things to different people.  I’d rather talk about what sort of conditions are present when a notion like “race” arises at all, with various implications for people identifying as particular races in different ways depending on time period, social standing, geography, etc.

Q: A key issue in many areas of the liberal arts is the issue of voice – who can legitimately speak for, or even about, a given community, such as a non-native American writing a novel in which the protagonist is a native person. What’s the role of the scholar in all this, doing fieldwork in the archives or in a community somewhere in the world? Are there boundaries that scholars either can’t or shouldn’t cross? Are these issues relevant to your own work?

A: I was asked about this issue when I was on the job market and talking about the work I was doing in my dissertation.  Interviewers indirectly asked me to give an account of why a white person would be interested in (and, consequently, what I would have to say about) my research area—namely, Caribbean and African American narratives.  I was a little more defensive back then, answering such questions in complicated terms that gave a recap of the nuanced argument I was making in my dissertation (a kind of “How could they not want someone doing this specific work?” strategy, which I now readily admit was misguided at best).  Now, it’s much easier for me to say simply that participation in or identification with a certain group is not at all a prerequisite for sound scholarship.  In fact, the assumption that it might do so is highly problematic.

It seems to me that we confront the issues of legitimacy and scholarly voice in reference only to particular communities or contexts.  For example, no one ever asked me how it is that I can claim to say something useful about the 19th century (much of my research had to do with 19th-century slave narratives), even though I am personally very far removed from that time period.  What did come to mind for many of the people I spoke with about my work, however, was how my whiteness might potentially stymie my ability to study African American and Caribbean histories and narratives. What strikes me as interesting about this experience is why and how something called race becomes for some a bigger marker of difference than historical context (or economic status or anything else, for that matter).   In my view, such a response serves only to further marginalize the very discourses we hope to facilitate and engage in, entrenching limited notions of a stable “us” and “them” and privileging experience in a way that does not take seriously the contingent, political, constructed make-up of identities.  The impulse to place strict perimeters around what or whom someone can or cannot study keeps at the foreground an imagined “thing-in-itself”-ness to this or that group or community—the very sort of essentialism academicians so often try to avoid!

I am far more interested in discourses on race, gender, a set of narratives, and so on, than I am in trying to access a true or irreducible insider status that I can use to help me “relate” to my field of study.  Such a status does not exist, in fact, apart from our talking about “it.”  So, as far as I’m concerned, the only boundaries for a scholar’s work are the limits of that scholar’s curiosity.