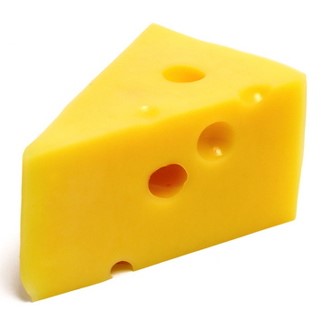 As I’ve referenced in another post, a few years ago one of my kids was diagnosed with several health problems, the solution for which was an elimination diet that forbade gluten and dairy. In an act of solidarity, our whole family decided to eat this way, and today we remain gluten and dairy (or more specifically, lactose) free. While my daughter was the only one for whom this diet was recommended by a doctor, many other things started to clear up once the rest of us were on board: my headaches and joint pain went away, as did my husband’s acid reflux, as did our son’s very frequent night terrors. In the midst of all of the good, however, there was a new issue that emerged: because we no longer eat lactose or gluten, we have lost whatever capacities we individually had to digest them. Thus what began as a mild sensitivity for most of us has now blossomed into all out gastrointestinal misery for all of us if we are accidentally exposed.

What this means in a very practical sense is that we are now living in a world that, from a dietary perspective, has many pitfalls and traps, and is filled with what feels like an endless amount of label reading and Pepto Bismol. We have a very difficult time eating at restaurants, cannot eat many pre-packaged foods, and must often work double-time to provide substitutes for our three children’s very full social lives, where birthday parties, playdates, and movie nights include mounds of forbidden foods.

Before this post digresses into yet another online advertisement about the necessity of good gut health, though, let me reassure you that it is, in fact, a post about privilege. Although food may seem to be a far flung topic from a conversation on privilege, I find that privilege is easiest to explain if we can momentarily divorce it from some of the most powerful (and emotionally evocative) social institutions through which it operates and examine how it functions in more politically neutral territory. Just like with instances of sociostructural privilege (such as we see in racism and sexism, for example) one of the things that stands out to me most about having a food allergy is how very unintentional its damage (both social and physical) is.

The unintentional nature of privilege is important to highlight because privilege, if it is anything else, is a system of differentiation that is viewed as utterly natural by those who have it. In other words, if you have privilege, you are often unaware that others don’t have it, or if you are aware, you are more prone to think that others could have experiences similar to yours if they would merely choose to. The problem is that most people who have privilege did not obtain it through the majority of choices they made, but because of longstanding social stereotypes about their appearance or other markers (including race, class, gender, sexual orientation, etc.) that are immutable or at least, statistically speaking, very hard to change.

I define privilege for my students as opportunities that are conferred upon certain groups that provide advantages, immunities, and status which, because they are naturalized, subsequently go largely unseen by those who enjoy them. This latter clause seems to be where many  privileged people take issue with the concept: accusations of privilege often make them feel like they’re being singled out as uniquely cruel or unfair. While most of us have no trouble seeing an unfair advantage when someone else has it, it is very difficult to be aware of systemic privileges when you personally benefit from them, in great part because they feel so normal. Since many of us experience both privilege and underprivilege across many aspects of our lives, understanding how they work can better help us explain these important dynamics in human interactions.

For instance, one interesting thing about having a food allergy at this particular moment in American culture is the number of people who think that our family’s dietary needs are merely preferential or faddish because “gluten” has become such a marketing buzzword. The result is that our avoidance of these foods is perceived by some as a mere overvigilance about health, and by others as an unnecessary obstinance. Ted Cruz recently reinforced that point when he said publicly that he would refuse gluten-free MRE’s to soldiers because gluten intolerance was nothing other than the latest manifestation of empty political correctness. Somewhat similarly, on several occasions my kids have become ill from being fed things by adults who knew that the food contained  “just a little bit of butter,” but who assumed that it just wasn’t that big of a deal because, as someone not affected by it, they couldn’t fathom that a little would hurt (enter the Pepto).

On a larger scale, many underprivileged groups are often accused of making mountains out of molehills when they draw attention to their experiences. It is very easy to claim that someone is blowing something out of proportion when you don’t have to live that life and get to exist relatively unaware of the rather constant discomforts that other people face. Because such experiences often expose our own privileges, it is an easy psychological default to deny the legitimacy of other people’s experiences, or to insist that they are generally real but manufactured/accentuated/trumped up in any particular situation. But again, most of this is unintentional; that is, the people who fed my kids butter weren’t trying to make them sick or cause them harm. They simply didn’t believe that the issue was as pronounced as it is because they have the luxury of not having to personally experience it.

The power of habit to psychologically anchor and commemorate important cultural symbols cannot be overestimated in discussions of privilege.  On that note, another thing I’ve learned is that people are extremely hesitant to change their food habits because food is a deeply emotional topic that is often instantiated into holidays and other important times. One of the things that we know about privilege is that it is institutional. This means that is not just naturalized by specific individuals, but it is also shared by entire sub-cultures who normalize these practices by engaging in them corporately and by using them as a means of creating social cohesion and unity (tip of the hat to Durkheim).

I can think of many holiday gatherings we’ve attended where, among probably 30 different dishes, there were only two items that our family could eat, this despite the fact that the food was prepared by family members who were all aware of our allergies. The reason? We “always eat” 14 casseroles made with cream of mushroom soup at Thanksgiving, or “we always give kids such and such a snack” during a special event at school, and so on. Halloween is also anything but a fun holiday for us, since every year our kids must forfeit most of their trick or treating loot (did you know that the second ingredient in Twizzlers is wheat flour?). Again, no one intends harm — in fact, in almost every case I’ve mentioned here, everyone is very well intentioned. But because those intentions are shaped by certain constructed expectations, they will only meet the needs of those who also conform to the expectations, stereotypes, and other artificial standards of the culture that created them, just like with sociocultural privileges of whiteness and heterosexuality, for example.

Finally, those who don’t have to live with food allergies have the luxury of being unaware of what’s in their food and of what others must go through to simply eat without significant discomfort. Put differently, if you have privilege, you don’t have to think about how and why you have it. For instance, I spend 2-3 hours daily cooking and grocery shopping because virtually everything must be prepared from scratch. The only pre-made bread that doesn’t cause my kids to become ill is $8 a loaf, anywhere from twice to three times the regular price. My kids cannot go with their friends to sleepaway camp because they cannot eat there. While these aren’t any particular person’s fault, they do display how certain people face chronic discomforts of which others are likely unaware; this lack of awareness is then what breeds the delegitimizing rhetoric that so many people who experince socio-structural underprivilege face.

To be very clear, I am not saying that food allergies and racial/gender/sexual orientation/class/ability privilege are identical phenomena, for the most important difference between them — one that is absolutely crucial — is that food allergies are a) not nearly as controversial, and b) not usually visible (like race and gender, for example). This particular point is rather important because it is visibility of difference that often drives the stereotyping behind so many instances of privilege. Nevertheless, cheese and crackers might still serve as a simple reminder for some of us that people have very different experiences within the same culture and that those cultures are neither neutral nor equitable, even when everyone has the best of intentions.

One Reply to “Of Lactose and Privilege: Or, How Privilege is Largely Unintentional”