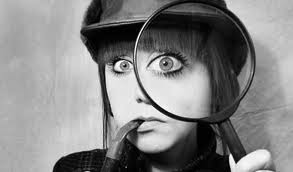 A few weeks back, I published a post about the interesting politics behind regional identity, focusing specifically on Kansas City, which is where I currently live.  In that post, I talked about how the narrative of “flyover country” allows certain regions of the United States to be highlighted as valuable, interesting, or otherwise unique at the expense of others depicted as having little cultural value, this despite the fact that such portrayals are often patently false or otherwise completely subjective.  If I may quote and condense that post, my main point was this:

“More than just a descriptive problem, though, the fly-over narrative serves an important function in creating the very cultures it purports to merely describe…. the issue at hand is how and why certain differences fall on the map of significance, while others represent a vast territory with little definition at all.”

In other words, my interest in writing about this particular topic was to show the power of popular classificatory schema (shall we call them stereotypes?) to create perceptions that make a very real impact on how we evaluate the world and those in it.

But here’s where things got interesting…..

After this post hit Facebook, I started to receive many emails and messages from fellow Midwesterners. While each statement was slightly different, most expressed relief that someone had finally attempted to rectify the treatment of the Midwest.  I was thanked multiple times for “standing up for the little guy,” so to speak, and for being bold enough to say what so many of us Midwesterners already know: If we weren’t all so naturally self-effacing, we’d tell everyone all the time how awesome we are.

The reason why I find this so interesting is that, in my original post, I made absolutely no mention of the Midwest being an inherently awesome place; I simply remarked that Kansas City bears many of the same characteristics as other places often deemed sufficiently “cultural.”  And while I was generally flattering of it, I did not profess my undying love for Kansas City, which was another way that my post was interpreted.

This is a terrific example of how an author can intend to impart a certain message that is later transformed into something entirely different by her/his readership.  This is not an unusual experience, for this is actually a rather normal, if not completely mundane, process in the construction of identity:  people who have a particular interest in constructing their own identities (or those of others) in very specific ways will often latch onto a particular interpretation of events that supports that perspective.

Actually, isn’t this the very same dynamic that created the flyover narrative in the first place, where the inhabitants of one region have selectively reinforced a certain interpretation of the rest of the country in order to shape their own personas?  The fact that this is a rather humdrum event is further proof of the plasticity of this category “identity” to shape and be shaped in whatever way is currently, politically expedient to those who stand to benefit from its form.