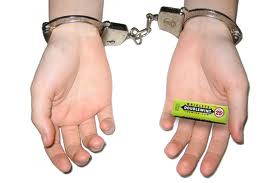 In yet another entry from the annals of my parenting adventures, a particularly memorable event has always served me well as a reminder of Durkheim’s claim that the beliefs that we often perceive to be so central to our identities are often arrived at only after sufficient (and usually physical) conditioning creates them.

This is the tale of my middle child, who, when he was a mere four years old, asked for a pack of gum at a store.  I quickly denied his request, but this did not stop that pack of gum from MAGICALLY materializing in his pocket, revealing itself only once we were in the car.  How extraordinary, indeed!

Every time that my little shoplifter committed his crime (about 3-4 times over the next few months), I was faced with the dilemma of what to do.  On the one hand, I wanted to be clear that this was inappropriate behavior.  On the other hand, a four year old is not particularly adept at grasping the intricacies of ethics or abstract reasoning more generally, but is typically very motivated by concrete and instant gratification.  Explaining why shoplifting is “wrong,” then, and leaving it at that, would have been as factually effective as explaining to him the relationship between barometric pressure and the weather.  Maybe some of it would stick (“it rains!”), but the larger lesson would be lost.

This does not mean that those words never got said, however.  On the contrary, I seem to remember repeating over and again words that he did not fully grasp in my calmest, yet firmest, mommy voice (“This is stealing!  Stealing is wrong!  How would you feel if someone took your toys without your permission?” and so on).  However, it was not the mere use of words that likely changed his behavior.  Rather, I suspect that it was a combination of words and behaviors that, when fused together, did the trick: more specifically, the discomfort and dread of the U-turn back to the store; handing over the gum to the person behind the counter (who always acted sufficiently wounded but also willing to forgive — do they train them to do this at Target?); and the forced, often tearful, child’s apology that had to occur before we would exit.

So why bother with words if they were all so abstract, or even forced?   Enter Durkheim.  You are likely familiar with Durkheim’s claim that ritual often precedes belief instead of the other way around.  To explain, this is Durkheim’s assertion that we do not engage in particular behaviors because we necessarily start out with certain beliefs about those behaviors’ logic, utility, or goodness.  Rather, we often form certain beliefs only because we have first been taught to habitualize and therefore normalize certain behaviors, with our subsequent beliefs emerging only later as justifications for these actions.  This model, in a nutshell, summarizes most of the basic socialization of children, who must be taught to conform to certain practices long before they are able to understand or communicate why they do them.

This point is important, as it explodes the very common perception that we are individuals who independently and logically arrive at our convictions (which later inform our behaviors) via neutral and otherwise unbiased exposures to life’s experiences. Durkheim notes that to be a member of society involves being trained to think according to the norms of the group and not as merely as an individual; in this sense, we are fully social – there is nary a part of us that we can trace back to a completely individual impulse free of social residues.

Becoming a productive member of society, then, largely depends on our internalization of things we have been trained to do before we ever pair them with an accompanying belief.  This training often occurs so early on that we have no memory of the training, or so constantly and subtly that we barely recognize its presence.  Despite these forces, we largely perceive our beliefs and behaviors as things that we chose or rationalized on our own.  If you ask my son, now age 8, for his input on petty theft, his response is much different than it was four years ago, and not only because his thinking is developmentally more abstract; his more mature mind is undoubtedly able to more clearly grasp the concepts I’ve communicated, but his further inundation with these concepts is part and parcel of his socialization. For those of us interested in the ways that the politics surrounding concepts of belief, ritual, individualism, and volition work, these are not merely peripheral matters or fun party trivia,  but get at the very crux of how humans operate.