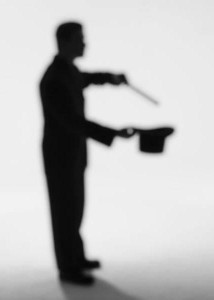 The story went a little something like this: Fifteen-year old student, Brandi Blackbear, of Union Intermediate High School was accused of “casting a magic spell” that left her teacher sick and hospitalized. She was suspended. A civil rights lawsuit was filed with the U.S. District Court in Tulsa, Oklahoma on behalf of the student, which indicated that the student was banned from donning and drawing Wiccan signs and symbols in school.

It’s hard to believe that the school took such a peculiar accusation, which was likely to be laughable to most people reading the story, so seriously. I began to wonder if this story was real or simply satire gone viral. According to the story – the following “evidence” was used to justify the suspension:

1) A seized notebook where Blackbear wrote and recorded horror stories

2) Knowledge that the student had read a library book about Wiccan beliefs (which led assistant principal to suggest that Blackbear practices witchcraft).

3) The source of the teacher’s illness was “unknown”

4) All of the above = concluding that the student was an immediate “threat” to the school” and “disrupted” the educational process.

The moves employed to mark this student as deviant (i.e., “suspicious” behavior) and single-handedly responsible (i.e., casting a spell) for her teacher’s illness rely upon the manipulation and arrangement of arbitrary data in attempting to produce a persuasive, plausible and coherent effect.

Think for a moment about the abundance of analogous yet “less obvious” examples in academic discourse (that often go unquestioned) where appeals to the mechanisms of similar domains–i.e., meaning–motivations–are epistemically treated like spells awaiting magical enactment to be used as “evidence” for a wide variety of claims and assertions. The authority granted to the spell-casting student by the teacher and assistant principle reminds us that: 1) the “spell” said to be cast by the student was never self-evidently “there” as a thing. Rather, it was manufactured with the hopes of producing a certain sort of effect based on a collection of disparate and arbitrary data arranged in a certain sort of way by the classifier and 2) more often than not, hermeneutical attempts to uncover meaning (i.e., the cause of the teachers “unknown illness”) don’t as much reveal a “thing” (i.e. a successful spell). Instead, such efforts underscore the social interests and techniques at work in making something like a “spell” (or meaning) “work.”

For much like the strategies that enable identity making, there was no magic spell casting hat that pre-existed the teacher’s illness. Rather, the teacher and the assistant principal in and through the very acts of marking, naming, and labeling constituted the spell–the illusion, as such.

We know all too well that magic and the “tricks” or “spells” that make the idea of magic possible are in fact techniques–rehearsed sleight of hands–effects of the techniques executed properly and precisely. If anything, in the end, the school constructed and validated the spell that never was – getting others to believe in their magic.