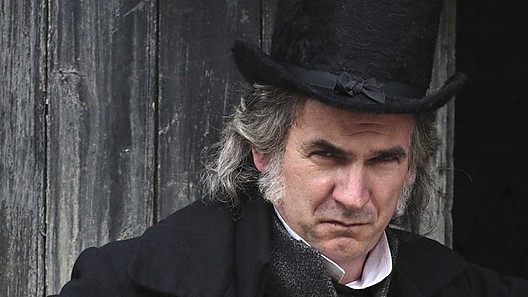 In chapter 25 of Great Expectations, we read the following quote from Mr. John Wemmick, the clerk for Miss Havisham’s lawyer, Mr. Jaggers. In response to Pip’s question of whether his boss knows about his home life, where he gently cares for his aged father, Wemmick says:

For at work, Dickens portrays Wemmick as gruff and business-like, but in his humble “Castle,” he’s another character entirely, a remarkable transformation Pip witnesses for himself while walking back to the office with him on one occasion, after visiting his home, a trip during which Wemmick gets “dryer and harder,” as Dickens phrased it, as he gets further and further from his Castle — almost as if there are twin Wemmicks, as Pip concludes.

The question is: is this to be classified as code switching?

You’ll learn more at Lehigh University when
the Edge comes to town in a few weeks.