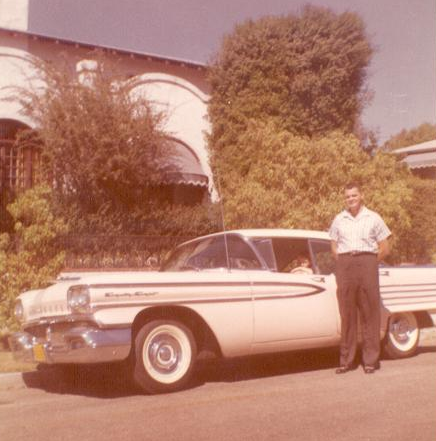 Jazz fans might know the Canadian singer, Holly Cole, and her (in my opinion, wonderful) 1995 album of (again, for me, the wonderful) Tom Waits songs, “Temptation.” In particular, I have in mind Cole’s version of his 1974 song, “(Looking for) The Heart of Saturday Night.”

Give a listen to her version:

I find this song to be a great vehicle to discuss how essentialism (and nostalgia) work, for if you listen to the lyrics you’ll quickly see that Waits has selected a series of isolated, almost distilled moments (akin to what’s happening in this deconstruction of advertizing), none more or less indicative of what any particular Saturday night surely feels like (Question: what does Saturday night feel like?), but, together, they begin to paint a picture and, even if you don’t identify with its specific parts, you might yourself longing for this simpler time.

Obviously, this is not the heart of the Saturday night that I grew up with in southern Ontario, when we eagerly waited for the theme from “Hockey Night in Canada” to come on TV at 8, to watch the Leafs play.

But I digress; the song continues:

Cruising with a 6-pack of beer in your Olds — a very particular Saturday night is being created. The song goes on:

With few words we now know much about the fellow. Then, not long after, the singer asks:

Tell me, is it the crack of the pool balls?
Neon buzzin?
Telephone’s ringin’;
It’s your second cousin
Is it the barmaid that’s smilin’ from the corner of her eye?
Magic of the melancholy tear in your eye.

So here we have a song trying to identify something down in the core, the essence, the heart of Saturday night — not the eve of the weekend, for that would be Friday night, and not the very different eve of the work week, for that would be Sunday night. But, instead, the peak of the weekend: Saturday night. It should be clear that the lyric that begins “Tell me, is it the…” could have had innumerable items listed after it, such as “‘Hockey Night in Canada” theme?” or “fact that you have to work the weekend — again,” indicating that there are as many Saturday nights as their are definers of what counts as the definitive Saturday night, which makes a search for its core rather pointless, no? I recall my older sister, a nurse who worked shift-work all her career, and how the holidays — days that just felt like a holiday, right? — for us were never necessarily the holidays for her; hospitals run 7/24/365 and somebody’s always on the job there.

But the trick is in painting a picture just vague enough to allow the listener to connect with it in some unexpected way — such as how this song, for whatever reason, brings back memories for me (there’s the nostalgia…) of young guys cruising their old cars up and down the streets of my small childhood town, hanging out in the parking lot of a grocery store, or maybe the high school, and lifting their cars’ hoods to, well, just stare at the engines for a while. Listening to Rush playing on someone’s car stereo.

Though I never did that, and that’s not exactly what the song is about, that random childhood memory of my own got hooked on something in that lyric years ago, a lyric which was vague enough not to repel what it was that this one listener wanted to do with it.

(Aside: This is also the secret to good campaigning, no? For if you’re trying to build a broad coalition, then your specificity must be moderated by pithy vagueries that listeners can do as they like with — like: Hope, A Stronger America, A Thousand Points of Light, Don’t Stop Thinking About Tomorrow, or Yes We Can….)

And so — at least for me, with memories of listening to this song having already moved away from Toronto, but with it tethered to yet other memories of discovering Holly Cole while living in Toronto (there’s that nostalgia again…), seeing her preform in a small bar downtown, missing not the song’s home but my home… — this song works. It captures a dream of a forgotten Saturday that, if I’m being truthful, I’ve never had nor ever will. It suggests a simpler time, when pocket change mattered, when second cousins lived around the corner and knew where to find you downtown, when driving up and down the streets was a sufficient pastime.

The trick of being a good essentialist, then, is to select what champions your case and to portray it as universal, yes, but also to keep it vague enough for others to buy in for their own reasons.

And if you don’t know it, here’s the original…