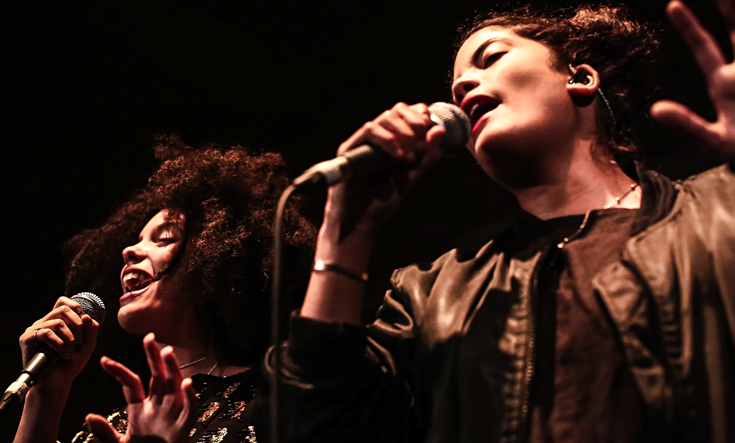 While driving back from a rainy Sunday morning walk with my dog I recently caught an interview on the radio with Lisa-Kainde Diaz and Naomi Diaz, twin sisters who were born in Cuba and who have just released their debut album.

They trace some of their musical influences to the Yorùbán culture of west Africa — a group of people we now find spread worldwide, due — in part — to the victimization of their ancestors during the Atlantic slave trade.

What caught my ear in the interview was the moment when they were asked about these influences:

Question: Are there specific songs that are particular to Yorùbá?

Given my own interest in the history and implications of the category religion — a term we trace to ancient Latin roots, which meant nothing then like what we mean by it today, and which eventually sailed worldwide along with European traders, soldiers, scholars, and government officials — I found this a useful moment to think a little about how scholars often fail to hear people’s talk about their own lives and their own social worlds as an object of study in need of analysis.

For, judging by the number of scholars who study, for example, this thing that we so casually call African religions (let alone the religion of Hinduism, etc.), I presume most would hear that above-quoted exchange as involving factual, neutrally descriptive statements about the world instead of studying this very act of naming and thus classification itself, being curious what is accomplished by using that specific adjective to identify, and thereby distinguish, in this case, some songs from others.

But what’s more, given the context of the interview, which at this point involved the effort to trace influences back many hundreds of years (thereby presupposing, I assume, the existence of some moment of pre-colonial contact and/or some authentic element to the group that has moved with its people over time and place — such as, yes, its religion or its people’s faith), it’s all the more fascinating to find this imported, colonial-era organizational term so easily drawn upon to name something presumably essential to this originally west African group, some trait thought to pre-date European contact.

So here we have a lesson in listening, prompting scholars — I would hope — never to forget that their interview subjects’ claims about the world ought to be understood as discrete, strategic acts (in the present) that have practical effects (in the present), thereby inviting scholars to study such acts and not simply to nod their heads in agreement, hearing them perhaps as innocent descriptions of obvious facts, and thereby collaborating in making a contingent world seem self-evident and eternal.

Listen to the full interview here.