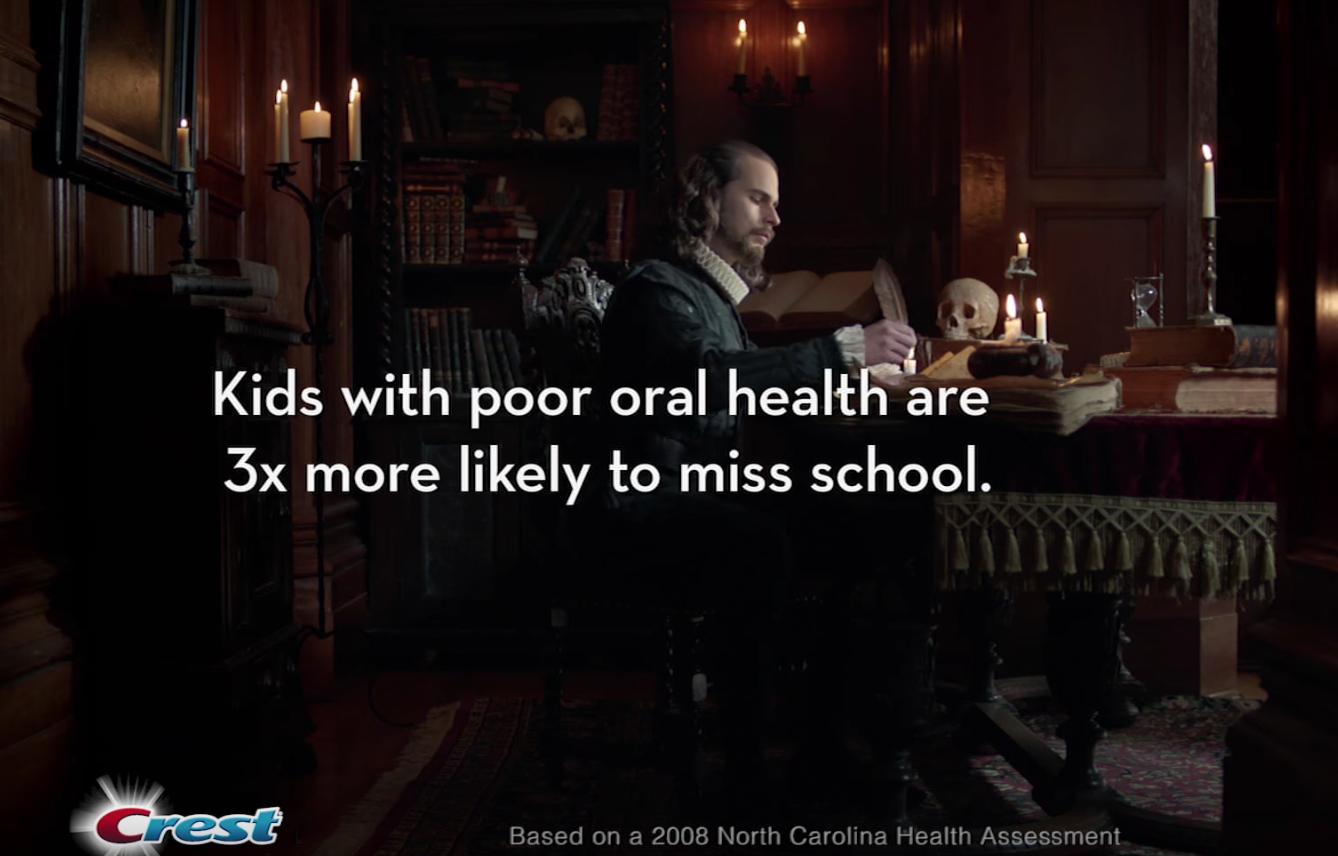 The study on which this claim is based was entitled the North Carolina Child Health Assessment and Monitoring Program, and in 2011 an analysis of data obtained as part of their 2008 survey concluded as follows (Impact of Poor Oral Health on Children’s School Attendance): 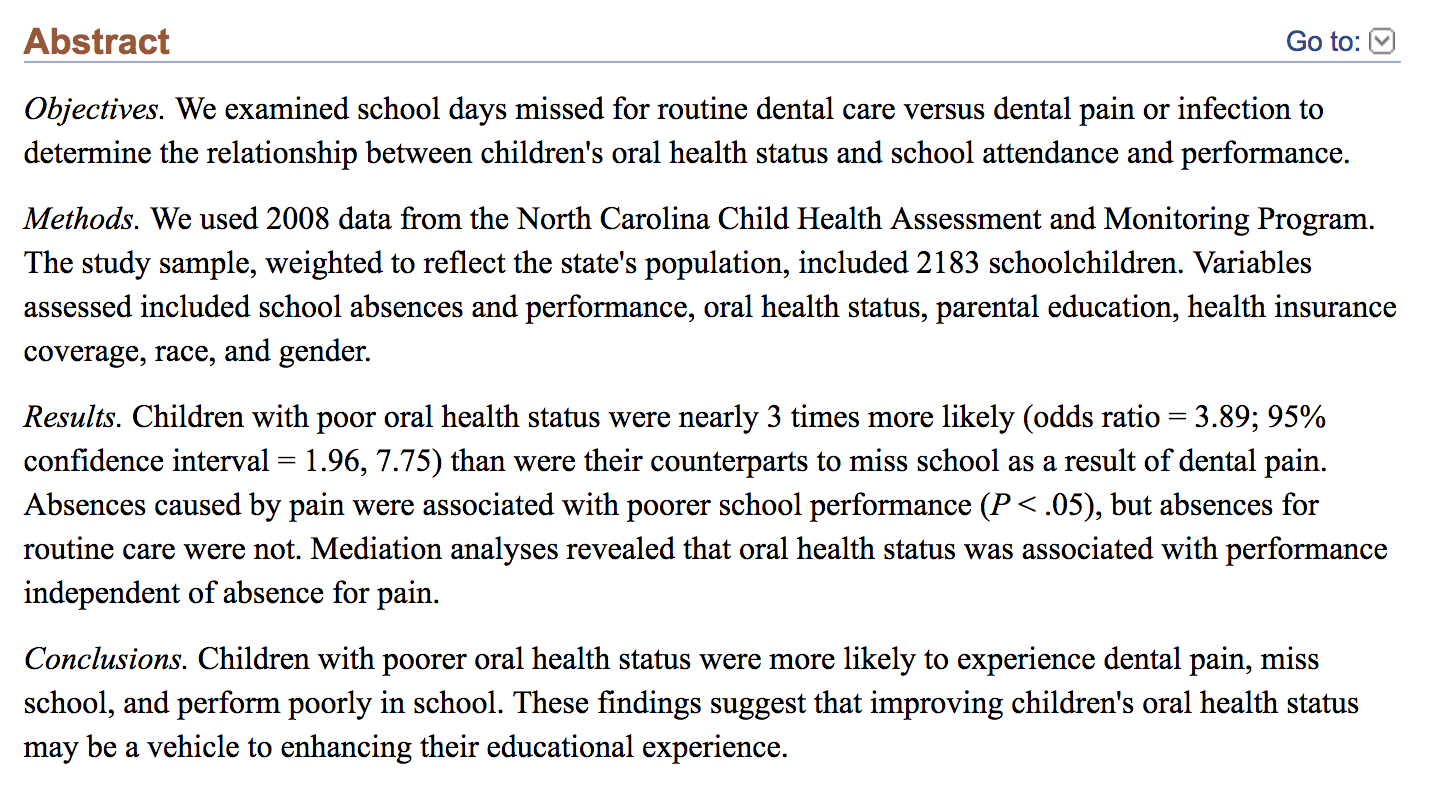 That every toothpaste company can make this exact same claim is, of course, not relevant to the good people at Crest (one of the many brands of the Procter & Gamble Corporation); heck, brushing with baking soda might even work as well. For all that matters to them is that they made the claim first and that their logo is in the corner of the screen when the claim is made. Wisely, at no point is their product even mentioned as a solution to the problem; in fact, it’s named only in the tag line after we learn of “poor Sarah’s” tooth pain causing her to miss out on “Hamlet.”

Their product is thereby associated with the benefit, insinuating that it has a role to play without every making any rational argument or providing evidence.

It’s a form of persuasion of which we’ve seen a lot during the current US Presidential campaign, such as when Donald Trump says “A lot of people are saying….”

When done correctly, we walk away nodding in agreement, knowing not only that Crest will somehow help little Sarah with her grades but perhaps also that there’s a lot of murmuring going on that backs up a candidate’s claims about his opponent.