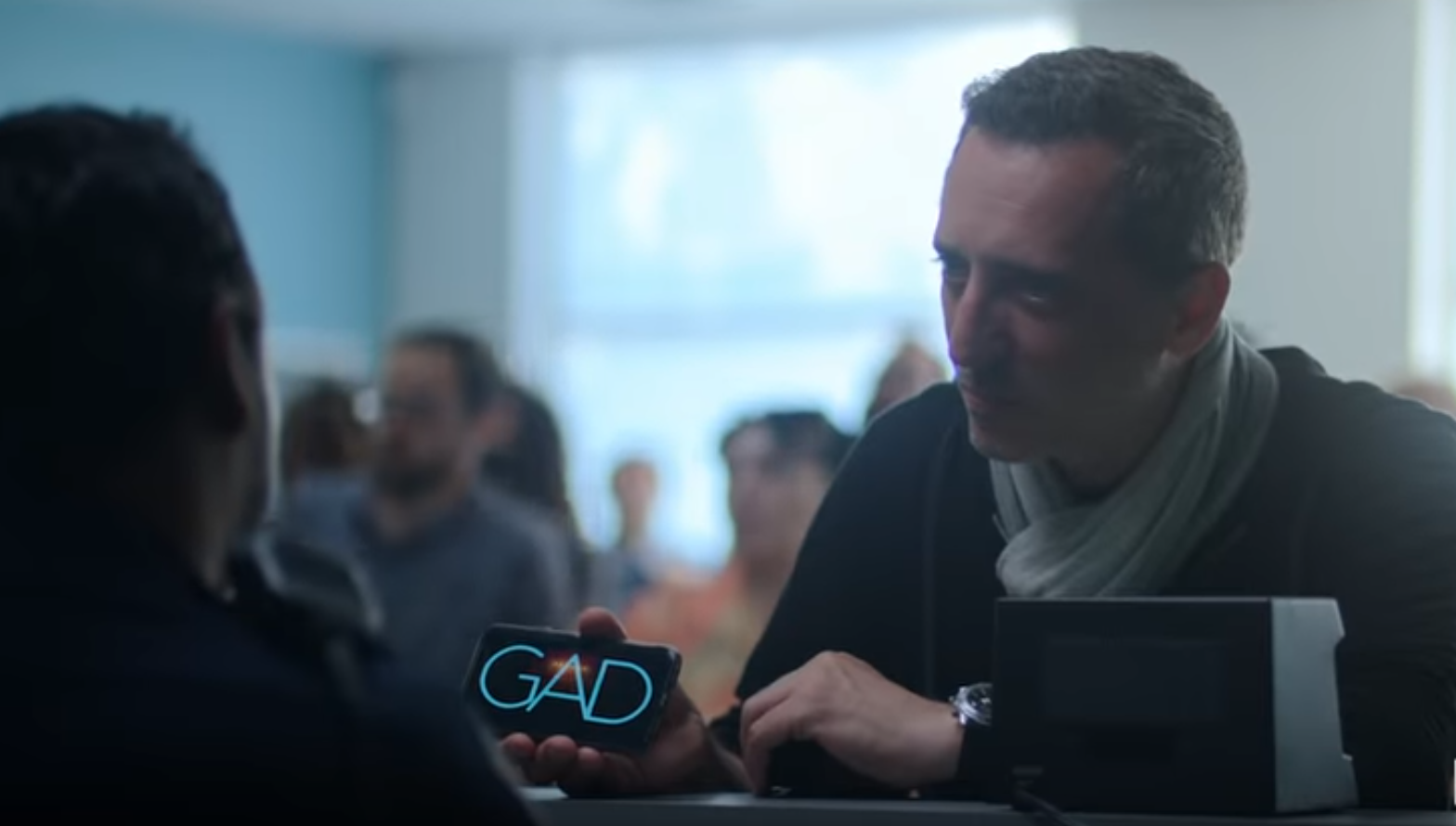 I’ve been watching “Huge in France” on Netflix, a show based on the premise that a famous French comedian comes to the US to rekindle (or, better put, kindle) a relationship with his teenage son (an aspiring sunglasses model living in LA), the result of a fling some years earlier with a young American tourist.  It stars Gad Elmaleh, who plays himself and, yes, who is actually a very famous French comedian. But, of course, none of the Americans in the show have ever heard of him — much as many viewers here might have never heard of the actor (he’s also big in Quebec, they say).

So Gad, the character, has no choice but to keep whipping out his phone to show his new American friends a promotional video for one of his shows. To demonstrate his fame and his status. “C’est Gad!” But that never helps — like the image above, where  he’s trying to persuade the border agents. (Unsuccessfully.) It’s quite a change for someone unable to walk in public, back in Paris, without fans mobbing him for a selfie.

It’s a fun show for a variety of reasons, but for those yet to be persuaded that identity is an ongoing social act, linked to a specific setting, relationships, and actions — or for those looking for an engaging way to persuade students of this — it’s pretty useful too. For Gad, in the show, is a study in what happens when one discovers fame is linked only to a certain context, and thus not something that is transferable. (Humor, he learns, isn’t all that transferable either.)

For despite being “the Seinfeld of France” (a designation Seinfeld himself is not too pleased to hear about when they first meet), in LA he’s just a guy with an odd first name — ironically, it’s the only name necessary when he’s back in France.