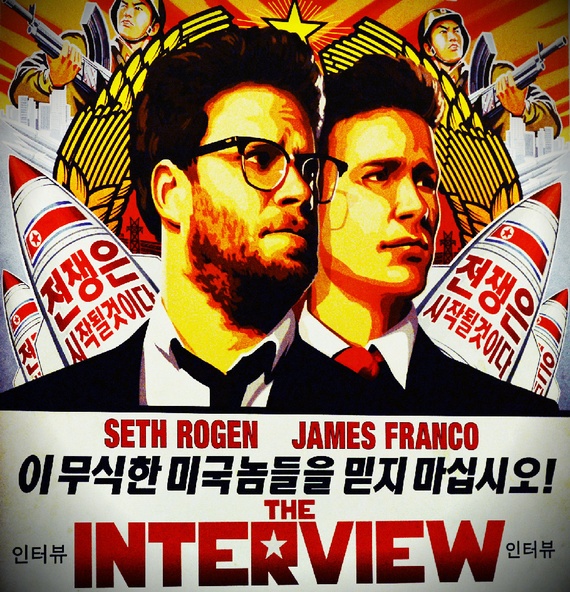 There’s much discussion in the media about whether Sony Pictures should have pulled the release of “The Interview” — a comedy about the assassination of the leader of North Korea.

Succumbing to hackers’ threats by delaying its release is being framed by many as a infringement of free expression.

While I certainly get that this is a movie and not an actual plot, and while I get a kick out of Seth Rogen and James Franco’s comedies, the question seems to me what we can and cannot poke fun at. After all, free speech or not, in an airport you don’t joke about hijacking a plane and in the US one doesn’t joke about “taking out” the President — do we?

Look up “Threatening the President of the United States” on Wikipedia and the opening line reads:

So, while not agreeing with any North Korean policy, the test of our response seems to me to require asking how we would respond to another government whose citizens made a prominent, nationally released film whose central plot involved them coming over here and killing our leader. Whether or not we’d retaliate by hacking their systems or making violent threats, we’d likely not just see it as a case of free expression.

No, we’d probably see it instead as a national threat, link it to wider geo-political issues, and demonize them, in some way, for even thinking this was something to joke about, maybe by saying that no civilized government would condone such a thing.

It turns out that we have some examples, from right here in the US, where many of us would hardly defend the so-called pranksters’ actions as innocent demonstrations of free speech. 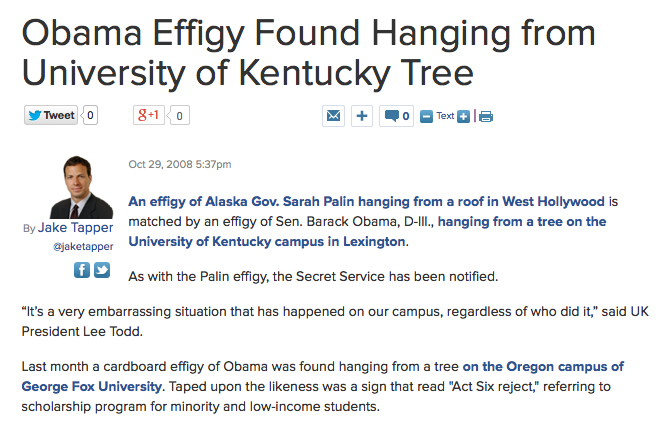 So what makes one “a very embarrassing situation” that requires investigation, maybe even criminal charges, and the other an infringement of our freedoms to say whatever we want, whenever we want?