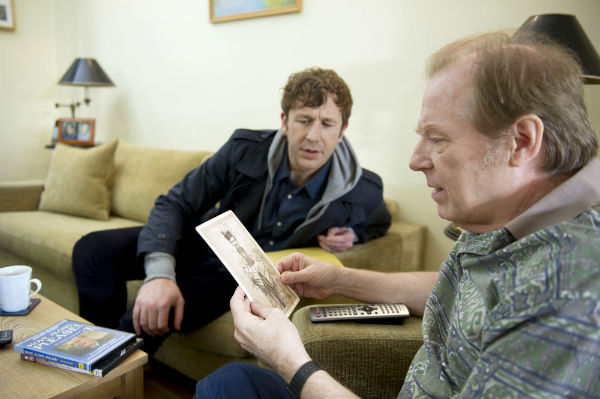 Have you heard of the recent HBO TV series “Family Tree“? It’s a creation of Christopher Guest, one of the people behind a series of successful mockumentaries, such as “Best in Show” — although he’s better known, perhaps, as the lead “This one goes to eleven” guitarist in “This is Spinal Tap.”

Check out the trailer for season one:

The series is about a fellow in the UK who inherits some junk from a deceased relative, err…, family heirlooms, and, finding a few old photos, becomes increasingly interested in tracing his dad’s family history. While the show doesn’t question the notion of an origins quest — for what else is a family tree? — it comically, but incisively, undermines the usual quest narrative for, at every turn, he learns not quite what he was hoping to learn about his family’s glorious past, though meeting some nice (and, yes, curious) people along the way.

It’s an anti-quest narrative, in a way — such as learning that your great-grandfather was the rear-end in a horse costume as part of a comedy act on stage. Not the sort of illustrious ancestor we all presume that we have.

And did I mention that his sister has a monkey puppet and talks to/through it all the time?