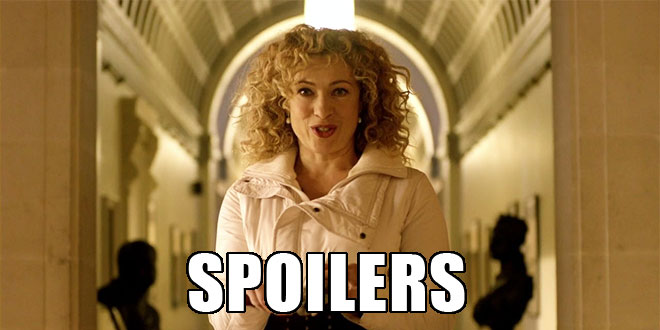 While I’m sure there’s long been lots of people eager to give away the ending to a good play, radio drama, novel, or movie — and yes, I’m certainly one of them — it seems to me that the current fashion of saying “Spoilers…” to make one immune from learning the ending is a good example of how material culture drives social habit, demonstrating that the two are simply different analytic nodes of the same, mutually constituting thing.

For although various ways to record television shows have been around for a while, it seems to me that only in the past couple of years — with increased internet speeds and capacities, making streaming video and on-demand the choice of many — has it become truly possible to watch what you want when you want. Now, I’m old enough to remember not only a handful of channels and far longer television seasons but also the notion of summer hiatus and re-runs being something that came around only once in a while. So if you didn’t see if Fonzy made it over the shark tank, then there was a pretty good chance you’d be asking someone all about it the next day, because who knew when that re-run would ever be on again. And there certainly was no boxed set of DVDs that you could run out and buy.

But now, with the proliferation of cable channels eager to fill the hours with rebroadcast content (“If you haven’t seen it then its new to you!”), not to mention the invention of Betamax and VHS tapes, DVDs, DVRs, Blueray, and, now, Netflix’s online streaming content, consumers’ choices are no longer dictated by TV programers, meaning that the last thing you want to hear is what happened on “Mad Men” last night, since you’re going to watch it later today, 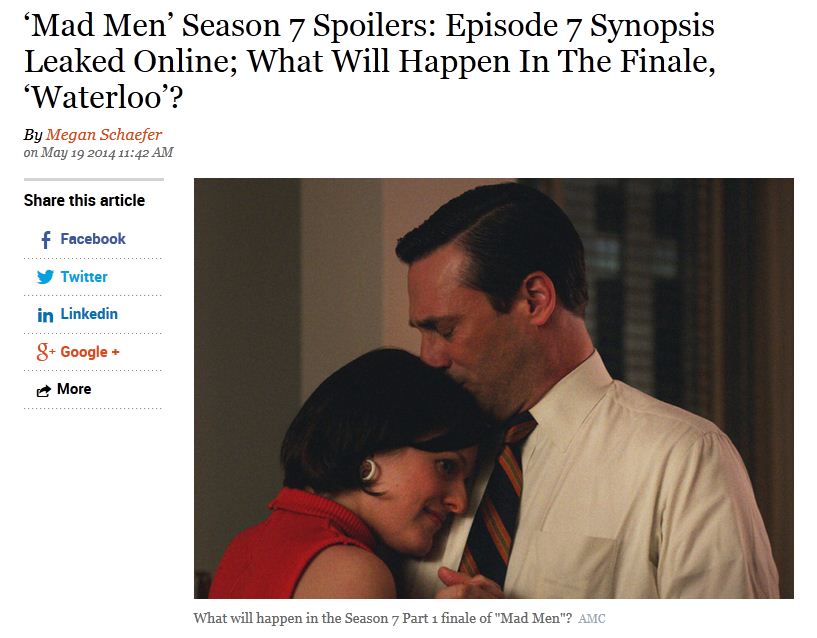 Sure, people have learned info ahead of the rest of the pack for years, and certainly other people have cautioned them not to spoil the ending. But I’d speculate that there was a pretty good chance, in earlier times, that we were all quite happy to hear how it ended from those who saw it, since we’d missed it and there was no way we’d ever see it for ourselves.

So our now taken-for-granted sense of entitlement to surprise and drama, to an authentic and pristine viewing experience, to knowing that we’re within a narrative whenever we’re within a narrative, unencumbered by also knowing that we’re the last to the trough, making entertainment a surprisingly solitary affair, is thus a product of others’ financial investments, markets, and technological innovation.

And by the way, do you want to know how “The Crying Game” or “The Sixth Sense” end…?