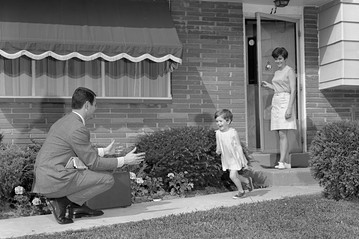 So, wondering what it said, I first tried the Urban Dictionary (see the full entry here). The first definition listed on the page reads as follows: 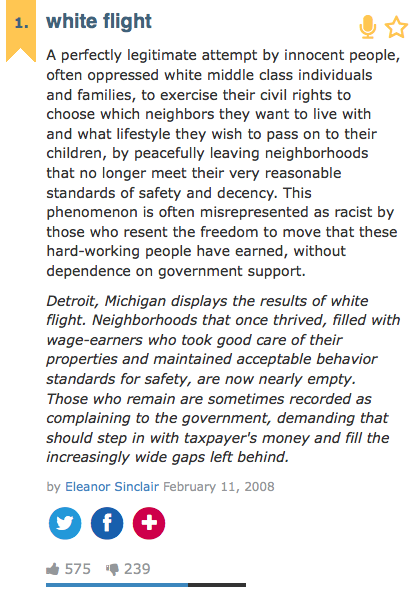 A little lower on the page we read this alternative definition: 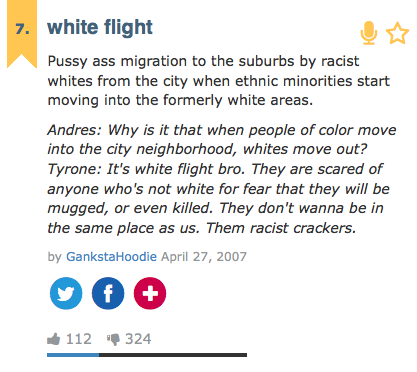 Pretty much all of the other definitions are some variation of either of these two.

Me thinks there’s something taking place on this page. Something with high stakes…

So it dawned on me that a simple link to the “right” definition wasn’t what this was all about anymore. And voila, this post resulted.

What I like about these two definitions is that they nicely make the point that descriptions, and thus definitions, are never innocent. So what’s nice about these two is that the interests of the definers are likely pretty apparent to most readers, whether you agree with them or not. What ought to strike us as more troubling, perhaps, is my own attempt to define “white flight,” for it seems to read pretty neutral, far more broad and general, no? But if none of us float free of history, interest, and implication, then my definition is no less embedded than either of these. Right?

There’s always stakes, in other words.

The challenge, then, is to tease out these interests, to try to find the sort of social world made possible by talking about this and not that, and doing so in this and not that way. For just to talk about any item — such as white flight — requires choice and focus (topics often discussed on this site) and they imply situated social actors doing something in the world — better put, to the world — by means of their choices, their focus, and their talk.

Case in point: consider this US news story from yesterday, especially the 3:13 point onward:

Unacceptable African-American hairstyles described by the U.S. military as “unkempt” and “matted”? As pointed out nicely in the interview, these words carry implications; they are hardly neutral descriptive terms. Whether that’s apparent to you or not, it may be pretty apparent to others.

So I guess the question is: Can we make the switch to hearing talk about the world — no matter how disinterested it may seem — as actively constitutive of a particular sort of world — whether we want to live in it or not?