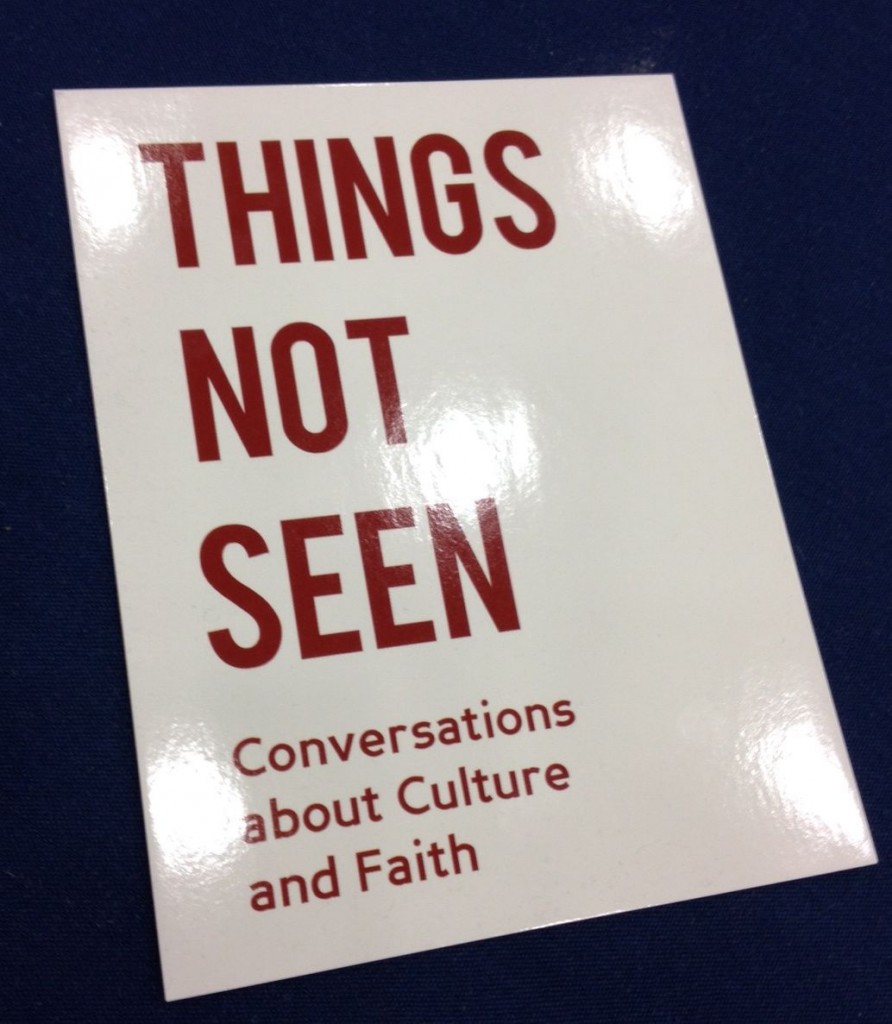 If we’re defined by our other, then I’d say that this is what Culture on the Edge is not? For we instead start with the assumption that claims that something can’t be seen can themselves be seen and heard and felt, etc., etc.

After all, “THINGS NOT SEEN” is language — nothing more and nothing less — and language, we assume, can’t do the nifty trick of pointing to something prior to, beyond, or in its own absence. That just doesn’t make sense…, for we tend to think that we make sense with and in language.