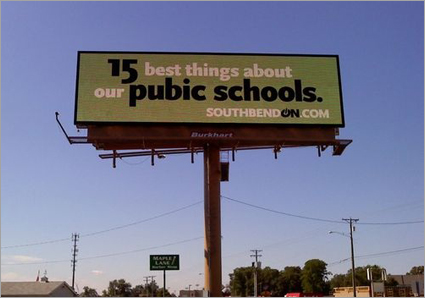 Put it down to sloppy reading, perhaps, or more likely early-adolescent titillation that causes one to skip ahead, read every third word, and hope that there’s pictures on the next page, but I admit that when I first got the technical specs on “where babies come from” — yes, from a book that my mom gave me and yes, there were tastefully drawn pictures with, wait for it…, anatomic precision — I was puzzled by why it was called “public hair.”

I don’t know why I’ve developed an interest in the social effects of categorization, but the other day I remembered this anecdote and, for a moment, mulled over how — in hindsight, at least — my youthful misreading may have prompted an early, and still continuing, sense of irony: it’s called public but it’s private. Whoa — wrap your brain around that!

Some years later, working on the essays that turned into The Discipline of Religion, I became interested a little more formally in the (counter-intuitive, to some) public nature of privacy — elected officials, after all, continually debate and vote on the limits of what counts as privacy and the closed doors that create the impression of privacy are themselves constructed items that were installed and have a history — and, by extension, the political nature of rhetorics of experience and authenticity. Ironically, then, it turned out that I was right about “public” hair all along: we all know we have it, getting it is a big deal, and we even have a whole educational industry around it.

What’s more public than that?