So starts a brief online add from a few years ago. If you’ve not seen it, take a look (but click the “Watch this video on YouTube” link, below, since it can’t be embedded).

The interesting thing, here — apart from filming it in black and white, to give it a retro vibe — is that, so far as I know, no one actually sees the future. For, by the time you can see it, it’s right in front of you in the present — making the future merely something that we all talk about, always in the here-and-now.

So, with this ad in mind, it’s not about seeing the future but about creating a product, in the present, and marketing it (with savvy investing advice from companies like Goldman Sachs, no doubt) in such a way that we, the consumers, begin to do things that we never before thought that we needed to do, allowing us eventually to look toward the past as a place removed from us. (Whether we see it as backwards or in a more nostalgic, romantic light is itself an interesting difference in how we use the past either to authorize or to criticize the present.)

Who — for instance — just a few short years ago thought any of us wouldn’t even think about leaving the house without a small wireless computing device in our pockets, one that tracked our every movement and let us make calls? (Apart from, say, Chester Gould, of course, the artist who came up with Dick Tracy and his famed wrist radio, back in the mid-1940s.) 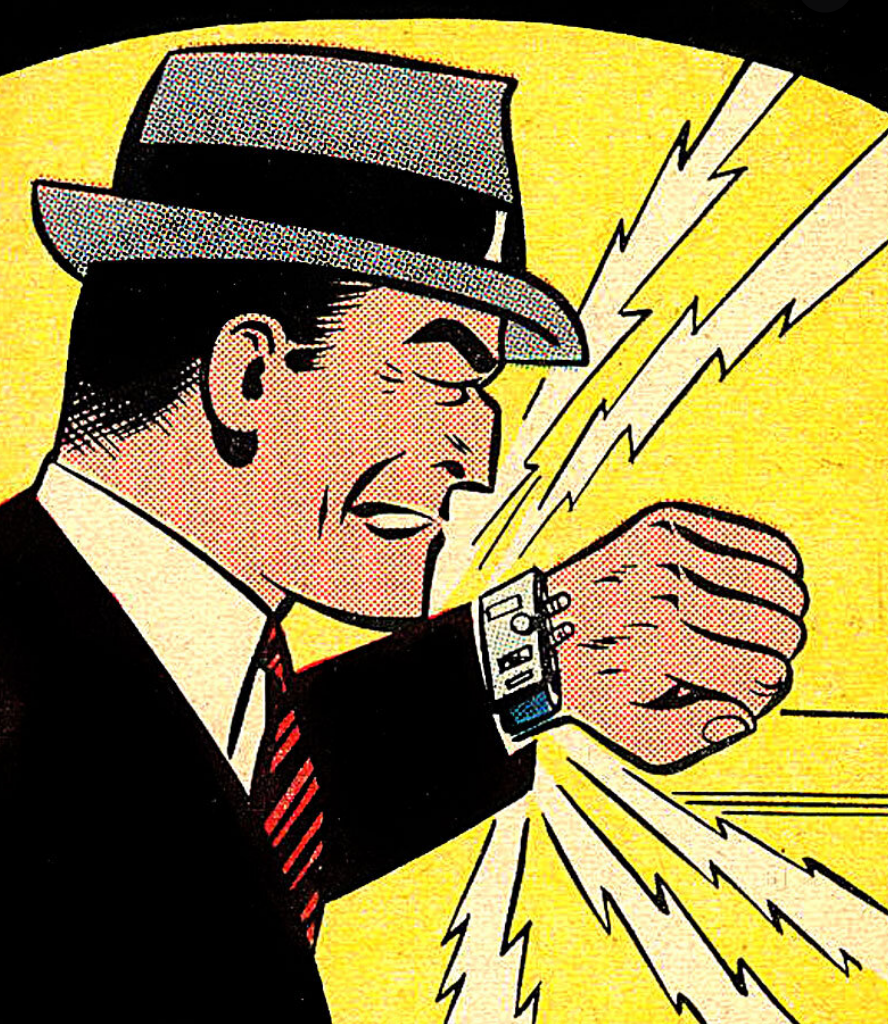 The question, though, is whether cell phone manufacturers “saw the future” or if instead, through some nifty marketing in the present, created a contemporary need and an appetite that only their own product answered? A need and an appetite that, once normalized and taken for granted across society, allows us to look back on the old days as puzzling, backward, and not nearly as progressive or sophisticate as our own.

So, instead of seeing the future, they changed the present and, along with it, the way we view ourselves in relation to the past.

Ads such as this therefore do the nifty trick, of putting our attention on that future, all shiny and wrapped in tinfoil, as if it is a real place, somewhere just around the corner, instead of on the always current interests that make acting as if there is a certain sort of future a useful thing to them — acts inevitably in the here-and-now.

Maybe that’s why everyone’s dreams of a future eventually end up looking weirdly outdated (much like that once boldly futuristic Dick Tracy cartoon seems to us today) — for the image remains but the viewers keep changing, each coming to it with brand new dreams of their own.  So, contrary to what Disney might think, Tomorrowland, and it’s shiny vision of the future, is always a dressed up version of today — which is pretty evident when you see their photos from the 1960s. 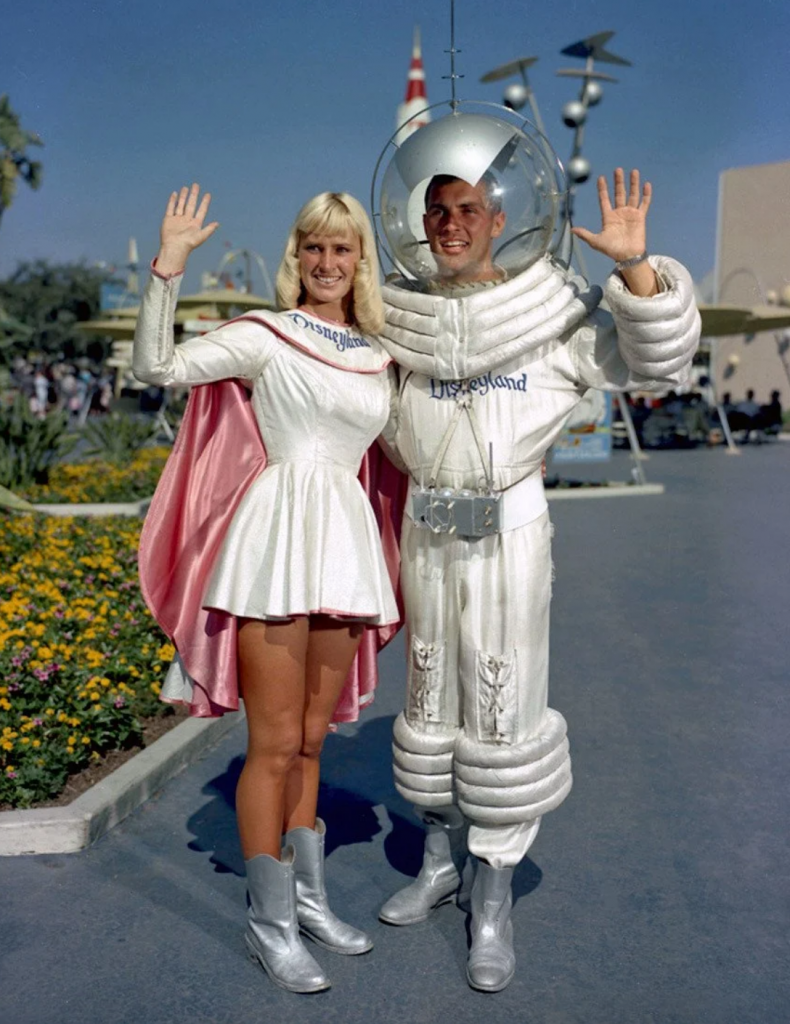