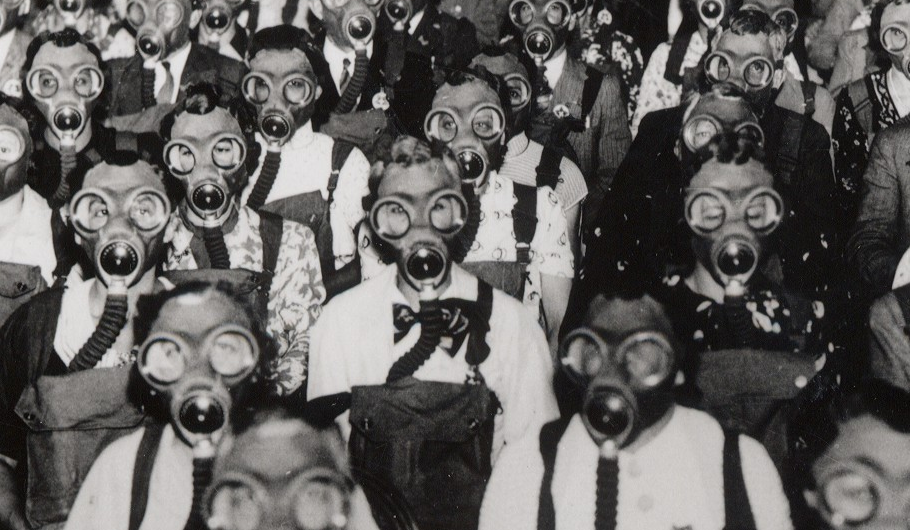 I assume you’ve heard plenty of news from the Hamas/Israel conflict that’s happening right now, particularly the back and forth over the innocent civilians who are either being terrorized by rocket attacks into Israel or the innocent civilians being killed daily in Gaza. Or, to rephrase, maybe you’ve heard the arguments for why it is or is not improper to consider certain people as civilians, i.e., arguments for why so-called non-military targets are as legitimate as any and not just the unfortunate (or perhaps inevitable) “collateral damage” that comes with war.

I think here of Thane Rosenbaum‘s much discussed op-ed in the Wall Street Journal (from July 21, 2014):

The gist of such arguments is that if you elect a government like Hamas then you better be prepared to bear responsibility for its policies and actions (like storing arms among civilians) — suggesting that, in such a case, there’s no such thing as an innocent civilian.

Since I clearly remember how the 9-11 attackers were criticized from within liberal democracies for not honoring the distinction between civilian and soldier, it was refreshing to read the The Washington Post tackle Rosenbaum’s logic by reminding readers that Osama bin Laden made pretty much the same argument.

It’s a handy distinction, of course, for if you take seriously how those in liberal democracies sell the pluses of our form of government — i.e., that the elected government represents the will of the people — then would it not be reasonable to see the people who elected, and whose tax dollars fund, the government as being ultimately responsible for a government’s (or, better put, their own) actions?

So the question is when do we sanction this longstanding distinction between soldier and civilian and when do we collapse it? Case in point: are the good people of the US’s prairies fair targets because their government put nuclear missiles all across their farmland during the Cold War? What do we make of the following (from a 2012 Huffington Post article):

This is how some Americans lived the Cold War. Never before had the military permanently implanted its weapons amidst the population and expected life to go on as usual. People living in the missile fields were to pretend that they did not notice the chainlink fences, the high-frequency antennas, or the lumbering Air Force trucks. With a few exceptions, they were not asked to move or relocate.

On the contrary, they were told that living a half mile from a missile silo was no big deal, that their cattle could graze on pastures nearby, that they could get close to the fence. One of the missile silos was a few hundred yards from a school.

My hope is that you see that my interest is not to indict anyone’s use of language, as if there’s some more accurate way of talking or of identifying who is really the innocent victim in all this. Instead, it’s to suggest that our presumption that there is such a thing as a disinterested description is the problem here. For if we begin to see the way we talk about the world as actively fashioning a particular sort of world, and not just mirroring what was already there before we opened our mouths and our eyes, then we’ll hear anyone’s claims of “innocent victim” or the distinction between soldier and civilian as doing rhetorical work crucial to the realization of the speaker’s interests — should we agree with them or not.

We’ll then begin to hear all language — no matter how benign it may seem — as actively reproducing a specific sort of world, as being, in a word, propaganda. (After all, it is no accident that propaganda and propagate share linguistic roots.)

Which brings to mind a post I recently wrote on Facebook, in which I questioned the value of my city council voting for a $16 million “incentive package” to bring some new stores to Tuscaloosa, including the upscale grocery chain The Fresh Market (something many in town, including me, feel we desperately need). “What’s the difference,” I asked, “between a bail out, a subsidy, an incentive, and welfare…?”, to which my colleague astutely replied:

2 Replies to “War of Words”