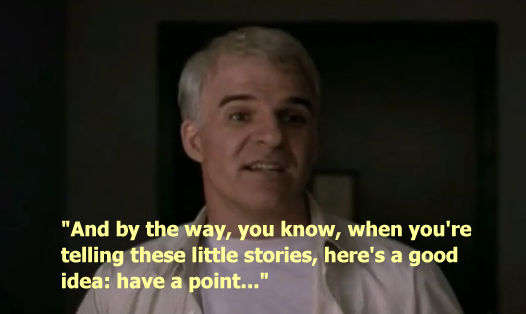 I was watching a rerun of a show on television the other night, about emotions in animals, when one of the scientists interviewed talked about how a variety of solitary observations can build up to a considerable body of observational data — “the plural of anecdote is data” he said. It’s a line, I later realized, that has been attributed to, among others, Raymond Wolfinger, a retired political scientist professor at Berkeley (see more here).

It brought to mind the preface that I wrote a few months back, to a forthcoming collection of essays — Entanglements: Marking Place in the Field of Religion — that are all responses I’ve written over the past twenty years to scholars doing their work in a manner with which I happen to disagree (each chapter has an introduction that contextualizes its situation and the debate in which each response intervenes). Part of the preface reads as follows:

While the book is by no means to be confused with a memoir, the newly written introductory material freely uses anecdotes from my career to illustrate topics that, in my opinion, have relevance to the chapter, not to mention the field at large as I have understood it (i.e., the situation from which the response emerged or some occasion that illustrates its point)—for like all of us, I speak from where I stand (“we’re all stuck somewhere,” as I think I once phrased it)…, and so readers have a right to know a little about that spot instead of assuming that a writer’s judgments are disengaged, ahistorical referents. While there are those who disparage the use of an anecdote in an academic essay, I have frequently used them in the past for I am unsure how long and just how detailed an anecdote has to be before it earns the right to be called an ethnography or evidence, and is thereby judged as credible and very important. It is for this reason that I feel quite comfortable employing what we might call tactically succinct ethnographies (a.k.a. anecdotes) in my writings on the study of religion—but they are always offered in the service of an argument.

A point that can be articulated and which is in service of a larger argument…. The anecdote as exempli gratia (i.e., e.g.)…. That’s the key, I think, to distinguishing between merely spinning yarns and doing scholarship.

A number of people, of course, disagree, spawning a “The Plural of Anecdote is Not Data” memes, presumably aimed at returning objective, scientific rigor to scholarship supposedly weakened by the much feared first personal singular pronoun that was banished from all essays by our high school English teachers. Trouble is, of course, that such retorts miss the point entirely, failing to understand that data does not speak conclusions of its own accord but, instead, must be collected and analyzed by someone with a theory. Data is therefore not the end point, it does not passively exhibit significance; instead, it is just the beginning.

So too with anecdotes. They’re just the beginning. For, as Jonathan Z. Smith — one who has never been afraid of using a good anecdote in a scholarly essay — nicely phrases it in the opening to an essay that he eventually collected into a book, “Religious Studies: Whither (Wither) and Why?” (1995):

“This autobiographical reminiscence serves as a sign…, and it does so to make a point….”