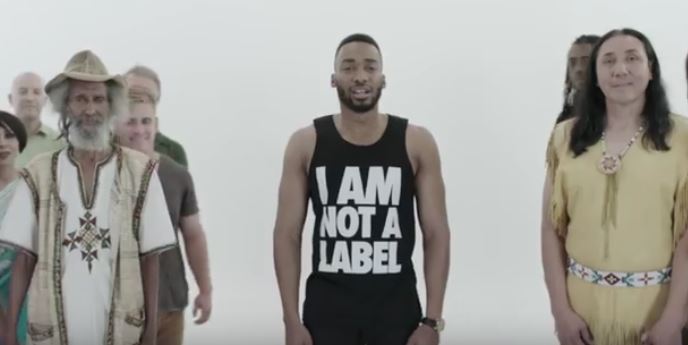 Did you catch this spoken word piece, by rapper Prince Ea, that was making the rounds online a couple moths ago? (It’s apparent support for the notion of being post-racial received its share of criticism, by the way.)

Despite the fact that you can now buy this label-free claim in 7 different sizes, 11 different colors, and for both “guys” and “girls” — ironically undermining the message, especially since a price tag is a pretty good example of a label… 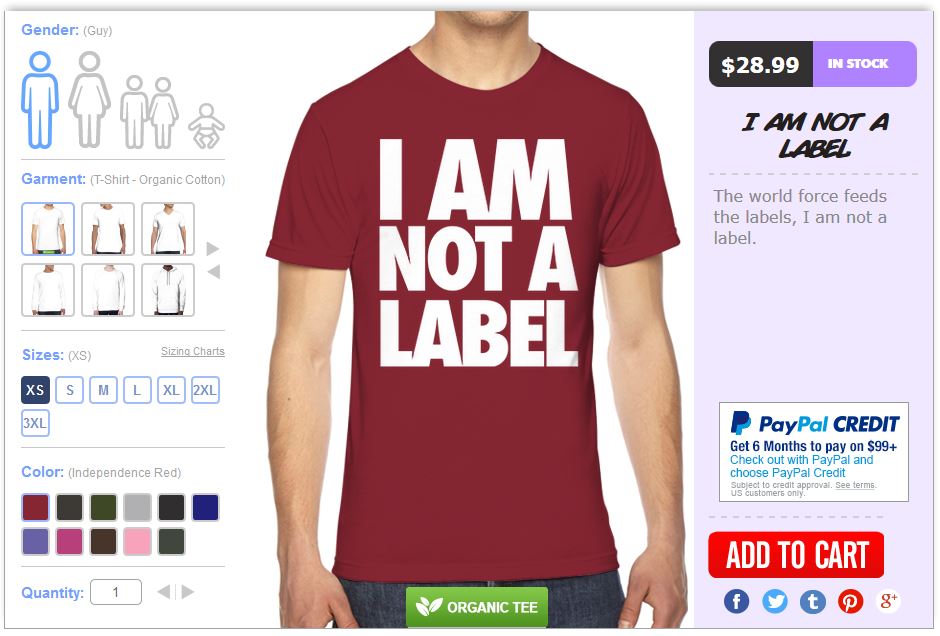 — what I find far more interesting here is how rhetorics of authenticity and essence can serve a wide array of political projects, such as this so-called progressive attempt to battle racism and sexism (to name but two of the -isms it tackles as products of how we label, and thereby divide, each other). For there’s apparently something out there (or better, deep in here) that pre-dates and thereby overcomes the “artificial labels” that we place on each other.

Who we truly are
is found inside

So even though I could point out how, for instance, the native American is dressed in the video as one would expect a stereotypical native American to dress, it’s the ahistorical liberal subject that most attracts my attention here; for it is a handy device, when defined as an interior transcendental space of no place, that helps a variety of actors accomplish all sorts of different things, such as this poetic attempt to persuade people to spread their wings a little.

Interested in claims about being post-racial or post-black?
Then take a look at this volume.