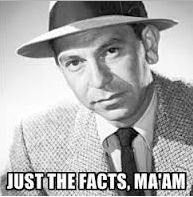 These opening lines of Charles Dickens’ novel Hard Times came to mind recently when I read an opinion piece in the Chronicle of Higher Education  written by Peter Wood, the President of the National Association of Scholars. The piece related to the recent news that, when he was governor of Indiana, Mitch Daniels (now president of Purdue University) had an email exchange questioning the use of Howard Zinn’s People’s History of the United States in Indiana schools, which Daniels reportedly described as “anti-factual” and a fraud, in his less colorful moments. In his commentary, Woods argued that Daniels was correct in questioning the worth of Zinn’s tome, pointing to a range of reviews of the work from historians teaching at prestigious universities that critiqued Zinn’s construction of his narrative.

Woods, though, failed to question Daniels’ sense of pedagogy. If Zinn’s book presents a biased narrative, Woods and Daniels suggest, then the book should not be used. Woods asserts that using it is “academic malfeasance” for teaching “that Zinn’s book is reputable history.” His assertion assumes that the books used in a course are simply accepted as the final authority. They present the Facts that are poured into the “little pitchers,” as Thomas Gradgrind refers to his students in Hard Times.

For many educators, though, selected texts do not simply provide the facts. Texts provide an opening to discuss issues of representations. Zinn’s work, which self-reflexively acknowledges that his narrative is his own construction, could be employed with great skill to teach students, including educators taking professional development courses, to critique not only the traditional narratives of US history but also Zinn’s own narrative and each student’s individual assumptions. To emphasize the importance of training students to critique narratives as interpretations,” Jonathan Z. Smith quotes John Robert Seeley, a late nineteenth century educational reformer at Cambridge University, who told students “In history, everything depends on turning narrative into problems” (“Narratives into Problems” JAAR 56 (4): 729).

Sadly, it is not surprising that a politician (and university president) holds a view of pedagogy closer to the notion of education that Dickens portrayed negatively in the mid-1800’s than the techniques that Seeley, Smith, and many of us employ in educational institutions of all levels.

8 Replies to “Asking the Wrong Questions”