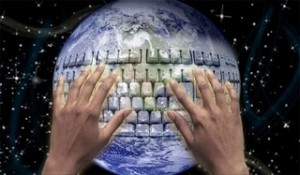 I don’t know what to make of the term “immigrant fiction.” Writers have always tended to write about the worlds they come from. And it just so happens that many writers originate from different parts of the world than the ones they end up living in, either by choice or by necessity or by circumstance, and therefore, write about those experiences. If certain books are to be termed immigrant fiction, what do we call the rest? Native fiction? Puritan fiction? This distinction doesn’t agree with me. Given the history of the United States, all American fiction could be classified as immigrant fiction. Hawthorne writes about immigrants. So does Willa Cather. From the beginnings of literature, poets and writers have based their narratives on crossing borders, on wandering, on exile, on encounters beyond the familiar. The stranger is an archetype in epic poetry, in novels. The tension between alienation and assimilation has always been a basic theme.

This passage grabbed my attention, as the Culture on the Edge collaborative began with reflections on the category diaspora along with terms such as creolization and identity. Lahiri implicitly highlights the assertion that the classification of “immigrant” is an arbitrary distinction, since everyone, as she asserts, “write[s] about the worlds they come from.”

This assertion can be pushed forward, with the idea that any notion of a world is itself a construction. Whether a person considers her world to be a nation, a city, a region, a social class, etc., those places are not simply descriptive of some pre-existing distinction. Similarly, the distinction between the world of immigrants and the world of natives is arbitrary. Much like the ideas Benedict Anderson brought to the fore in relation to nationalism in Imagined Communities, humans construct their notions of worlds that then become a factor of nostalgia, commonality and distinction.