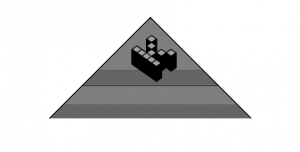 People involved in Kopimi, a movement promoting the free exchange of information and file sharing over the web (in opposition to anti-piracy and copyright regulations), have begun the process of registering as a religion in Russia. Their strategy is to use the special protections in Russia for religious sentiments (which recently went into effect following the Pussy Riot episode last year) to challenge anti-piracy regulations. Their argument is that the anti-piracy laws contradict their belief that “the process of exchanging data is sacred.” This is not the first time the Kopimi movement has worked to become a religion, as it is recognized in Sweden as Kopimistsamfundet.

Is this a brazen manipulation of the special status granted to things classified as “religious” to promote other ideas (including privacy and sharing information), or is this a simple case of applying strategically available categorizations for the benefit of one’s ideological and social commitments, just like any other claim that something is “religious”? The answer to that question probably will be determined by the reader’s own assumption about whether declaring things to be “religious” describes elements whose distinctive and special nature precedes the categorization or the classification “religion” is a human construction designed to make particular elements of human existence appear distinct. While Jonathan Z. Smith (in “Religion, Religions, Religious” in Critical Terms for Religious Studies) has argued that the category “religion” can be defined however a scholar wants to define it for “their intellectual purposes”, perhaps that should be expanded to recognize that any assertion that something is “religious” is strategic.