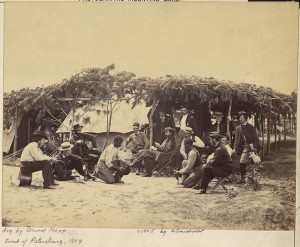 How do we determine if cockfighting is acceptable? Matt Bevin, a Senate candidate in Kentucky who is vying to unseat Mitch McConnell, has made contradictory assertions after speaking at a rally to legalize cockfighting. While he has apologized for speaking at the rally, asserting that he was not aware of the rally’s cause, he has balanced his denunciation of cockfighting with reference to claims that it is part of America’s heritage. Responding to a question about legalizing cockfighting, he asserted, “Criminalizing behavior that is a part of the heritage of this state, in my opinion, is a bad idea” (2:27 point in this video). In a later radio interview, he asserted that cockfighting is traditional and that many of the founding fathers were “very actively involved” in cockfighting.

This claim has apparently appeared frequently enough that opponents of cockfighting have turned to historians to determine its veracity, and Politifact used those findings to declare that Bevin’s assertion about the the founding fathers is false, but does it matter? Does the participation of the founding fathers in cockfighting (or their lack of participation) relate to the acceptability of cockfighting? While Bevin suggested that being a part of a state’s heritage establishes a practice as beyond the legitimate reach of the federal government, I do not think that he intends to extend that principle to issues of racial segregation, slavery, or even the absence of indoor plumbing. Some practices of our collective past are venerated as heritage, some become signs of our advances since that time. Discourse of heritage and origins is always selective. In fact, what discourse isn’t selective?

The original rally could be identified as a part of my heritage. I was born in Corbin, Kentucky, the city where the rally occurred. Does my physical origin there make cockfighting a part of my heritage? Identifying as a vegetarian, for various reasons that I discussed before, cockfighting is not something that I choose to highlight as part of my heritage. In fact, although I was born in a hospital in Corbin, Kentucky, I generally do not claim that city as my birthplace. I grew up in Williamsburg, a town fifteen miles to the south (and was born in Corbin only because Williamsburg has no hospital). Since Corbin was one of the main high school rivals (among other reasons), it has had negative connotations for me long before this incident. Even detailing my place of birth, then, is a point of selective history making.