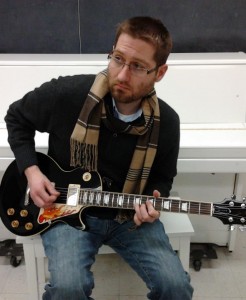 A: I find that a lot of scholars claim that there is, of course, no essence to any religious or cultural tradition, but who then go on to talk as if there was. That is, the anti-essentialist qualification offered at the outset doesn’t appear to affect their—often rather traditional—scholarship in any way. They insist, for instance, that Christianity is diverse and divided within itself, but go on to talk about how it began in the first century, where the divisions split off, and how it persists today. If they were truly to make the anti-essentialist shift, they might instead talk about how those who identify as “Christian” in the 21st century might have very little in common with those who identified as “Christian” in the 2nd, and why—despite their differences—they might nevertheless see themselves as “same” rather than “different.”

I suppose my strident anti-essentialism originally (of course I say “originally” ironically!) came from my studies of Jacques Derrida in graduate school. I know of no more trenchant critique of essentialism, appeals to origins, etc., than his. The “thing in itself” does not pre-exist its supplement.

Q: Is this a shift you also integrate into your teaching? If so, can you give us an example of how to do it and how your undergraduate students respond?

A: In many of my courses we focus on how culture is used to create, maintain, or contest social order—and especially the “contest” part. I often assign competing cultural constructions that use the same cultural repertoire. For instance, here the stories about Jesus are utilized in support of communism, while there the same stories are utilized to advance capitalism. Nothing really predetermines how the stories will be used, and they can be put together in a wide variety of ways. Culture is basically a process of recycling, where existing elements are continually put to new purposes. On this view, there’s no essence to “Christianity”; rather, as with J. Z. Smith’s analysis of canon, there’s a constant and creative reshuffling of those elements within the canon (with the caveat that often new elements come into play and old ones—which cease to be presently useful—are discarded; the canon is never completely stable).

Q: It often seems as if, at least according to their colleagues in other Departments, the work of scholars of religion is not assumed to be all that relevant to the study of wider social practices. Why do you think this is the case?

A: I think many of us would agree that religious studies has some serious public relations problems. It’s frequently assumed that we’re all “religious” and that our research and our courses are designed to advance the agenda of some particular tradition. Sadly, this seems to be assumed because it’s often true.

In addition, scholars outside religious studies often assume a stock narrative about “religion”: religion is backwards; religion is mystical or spiritual; religion is bullshit; religion is experiential; religion is faith; religion is opposed to science; etc. If one of these stock narratives is in place, it’s easy to see why they might think our work has little relevance to their own. If I wanted a good social theory, I wouldn’t turn to a study of “mysticism.” I’ve often lamented that fact that while scholars of religion read theoretical works in other fields (literary theory, sociology, anthropology, philosophy, etc.), those in other fields don’t read our work. I think the “religion is faith” and “religion is experiential” tropes contribute to this. We face students who think they’re experts on their own religion; why would they think otherwise if they’ve been told that religion is something one experiences from within? On such a view religion doesn’t need to be theorized—in fact, it might be untheorizable—in which case people in other disciplines who have accepted this trope might not feel obliged to read theoretical works in religious studies.

One other reason why scholars might not turn to religious studies is that some of our work disrupts the stock narratives their work depends upon. For instance, the people in political science writing about whether secularism is rising or falling couldn’t take Tim Fitzgerald’s work seriously without their entire project being called into question.

Q: Could you provide a brief suggested reading list – a crash course in social theory – that you wish you had read nearer to the start of your own graduate studies?

A: I’ve found the following works very useful for thinking about culture, society, and identity formation:

In general, I can’t recommend enough immersing oneself in the so-called classics, despite their limitations: Nietzsche, Freud, Marx, Durkheim, and Weber. In addition, although Derrida’s Of Grammatology is not social theory, it was “essential” to my own work and I recommend it to others if they can find a good teacher (it’s not really worth tackling on your own unless you’re already an expert on Rousseau, Hegel, Saussure, Heidegger, and Levi-Strauss).