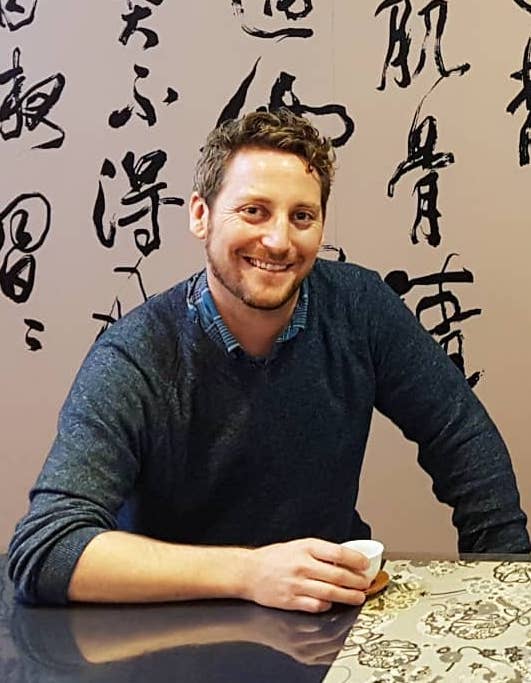 However, this is only part of my studies and does not cover the wider array of research I do today. The other answer I often give entails first explaining that I am a PhD Candidate in Social Anthropology at Dalhousie University researching religion, Buddhists, food movements, identity formation, migration, social justice, work, economics, and marketing — focusing mainly on North America and parts of Asia. Secondly, I try to narrow down these topics by explaining a specific case I’ve been working on or how many of these different research areas come together in my study of the entanglement of Buddhism and business, which is often viewed as a sub-category of religion and economics, which can be discussed in terms of two types of value: values in the moral or ethical sense and value in the economic sense. This curiosity originally grew from my first undergraduate degree in Commerce (Marketing) that I put to use when I went back to do an undergraduate degree in Religious Studies. It was that very tension of seemingly competing projects or the taken for granted separation of things into different categories that became the part that I am interested in theoretically.

2. How do questions of identity manifest in your research? Can you give us an example of this from your work?

How people identify is a significant aspect of my research, even if it’s not always explicit. It’s pretty self-evident at times, and often I explore identity as an operational act of identification much like others here at Culture on the Edge who also draw on the work of Jean-François Bayart. However, I often find myself writing on topics where identity may not be the central focus of a piece. Yet it still pervades the research since people are continually identifying themselves or others — thus delineating who is included or excluded in a specific group, institution, movement, or community. Though I may not be analyzing that as directly, I try to be cognizant of the fact that the very way I identify or name people or groups in my research may legitimize or reinforce those identities further.

For me it becomes important to not just point out the identification process but explore that very act and how it operates. So, when for example examining Buddhist businesses practices and the commodities produced, I explore how the identification as a Buddhist is in part a discourse that may promote specific social change. In simple terms how the identification as a Buddhist plays into how businesses can be envisioned as something alternative to the status quo of regular businesses — what’s the difference between a Buddhist Business and what we consider traditional for-profit businesses if you will. So, I am in part curious as to why and how we as humans go about using these seemingly competing practices and discourses to legitimize the way we order our social worlds and create change in society.

3. Where are you hoping to go next with your scholarship?

As I’m in the midst of writing my dissertation it’s difficult to imagine what actually could happen next, so I’m trying not to get tangled up in too many other projects mentally. But out of an extension of this work, I hope to continue exploring how other social movements challenge (and at times maintain) the status quo. Particularly, in regard to identity, I’m looking at how people identify themselves within counter or alternative movements and for what purposes to create social change. I have a few other projects that have been put to the side for now and perhaps they will be resurrected — I have a fascination with discourses of authenticity that I am not addressing currently as much as I would like and hope to return to soon. But for now, I’m focused on the dissertation, for I’ve been told a good dissertation is a completed dissertation.