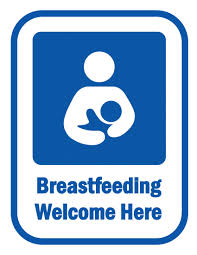 Perhaps you’ve heard the news that the Supreme Court has refused to hear a case regarding a lactating woman’s firing, at least tacitly upholding the lower court’s ruling that described her treatment as something “not sexist.” As you can read here, former Nationwide Insurance employee Angela Ames returned to her first day of work after maternity leave and found numerous practical and bureaucratic roadblocks that made it exceedingly difficult for her to express breast milk while at work. When she noted the obstacles and asked for other accommodations, a supervisor told to “just go home to her babies.” Ames reports that she was subsequently coerced the same day to pen her resignation letter.

It is noteworthy that one of the central questions in the argumentation (second to whether she followed company policy in filing her complaints before resigning) was whether what she experienced was explicitly sexist. The lower court’s decision that her experiences were not sexist was inspired by the logic that men can lactate under certain conditions, and that anyone — male or female — could be told to “go home to your babies.” On these grounds, the lower court ruled that Nationwide was not guilty of sexism, since what Ames experienced was something that a man could experience as well.

Of course, many who have come to Ames’ aid have argued that the rare man who lactates is very unlikely to be feeding a child with his milk (thus drawing into question a man’s need to express and store milk in the first place), and that, moreover, the advice to “go home” would have much different meaning if spoken to a man since men’s legitimacy in the workplace has never been at issue. From a rhetorical perspective, then, what is most intriguing to me about the construction of Ames’ identity by the court was the manner in which (at least regarding the charges of sexism) all context was removed from her situation, rendering her within the court’s narrative as a non-gendered entity.

As Russell McCutcheon recently noted, whether and how we allow context (or withhold it) in our social narratives is, itself, a political strategy. Case in point is the research of Deborah Labelle and Sheryl Pimlott Kubiak, who have together studied the gender dynamics of male guards working in all-female prisons.

In one particular prison, Labelle and Kubiak noted that a change in policy designed to create gender equality provided women prisoners certain educational and rehabilitative programs that had previously only been offered to their male counterparts. However, the policy was also read by certain prison administrators as a mandate for gender-neutral hiring practices that resulted in the use of male prison guards with female prisoners. The result of this hiring plan was that female prisoners dropped out of the aforementioned programs because some were being sexually harassed and abused by the guards, while many other women also withdrew because their substantial histories of physical and sexual abuse at the hands of men diminished their desire to participate in the programming altogether. What Labelle and Kubiak conclude, then, is that “… the legal right to ‘substantially equivalent treatment and facilities’ for female prisoners … ultimately restricted the women’s access to training and education because of their apprehension and fear.”

I have recently written about the manner in which social systems create power, privilege, and oppression by choosing to forefront the rationale behind a particular power move rather than looking to its effects, and so this seems to hold true with the Ames case. One of the most immediate ways of knowing that one’s identity is a social product is the manner in which the key traits that have formed one’s lifelong identity can suddenly be removed from consideration altogether when in the hands of society’s powerful and privileged.