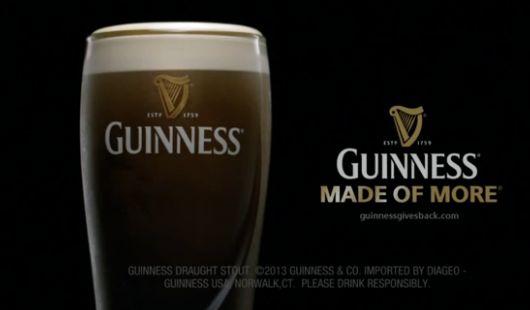 Have you seen this beer new commercial?

It’s all about this thing we commonly call character, which is apparently somewhere deep on the inside, and how it is then exhibited publicly — through those qualities called dedication, loyalty, friendship, which are all cited as evidence of this prior, enduring, and interior thing. In fact, this ghost in the machine of our bodies motivates our actions.

“The choices we make,” concludes the narrator, “reveal the true nature of our character.”

What can’t go unnoticed, however, is not only that all of the traits that seem to be evidence of this private, hidden disposition are actually social and therefore public already — to repeat: dedication, loyalty, friendship — suggesting that we ought to reconsider why we need to speculate on the existence of some unseen impulse that drives what we can already see, but also consider that the rhetoric of a secret, individual kernel that is only subsequently “revealed” (what an earlier generation of scholars of religion would have just called “manifested”) is here being used quite effectively to do something no less social: sell beer to customers looking to set themselves apart from other regular beer drinkin’ guys. And the campaign will likely work because it aligns the product with social behaviors that many of us likely understand to benefit ourselves by strengthening the groups to which we belong and which provide for us a seemingly secure sense of self-in-relation-to-others.

But getting to the point of hearing claims of “character” — let alone faith, belief, experience, identity, self, intention, and a host of other terms that orbit in this semantic universe of individualism — as a handy social rhetoric is quite a jump for some…, perhaps because of just how useful it has been to assume that individuals, much like Guinness, are “made of more” than just how they happen to be placed in groups.

After all, none of us chose to be born where or when we were, regardless how much bubbling character we think we have.