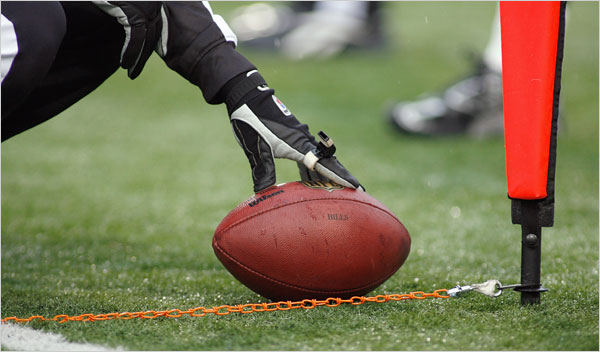 It’s always fascinated me how carefully the referees measure a close first down in American football. “It’s a game of inches,” they say, since inches matter when you’ve advanced almost ten yards, but not quite. But that’s not the best part.

It all starts when the ball is spotted by a ref after a play. For after the tackle has been made, after all the jostling that goes on beneath the pile of players, once the ref finally sees it and gets his hands on it, the ball ends up being — let’s just admit it — arbitrarily placed on the field, since who knows where the nose of the ball really was when that player’s knees hit the ground.

But once it is placed here, and not there, by the ref, the authorized figure, now the arbitrariness ends and things start to matter a great deal. And that shift is the interesting thing. For now ten yards out is measured, and fractions of inches matter in getting there. Close calls are measured with utter precision, all based on their relationship to that arbitrary place where the ref first decided to place the ball.

My point? Arbitrariness and significance co-exist within the same system. You can’t have one without the other.

So happy new year — we all know that midnight December 31 is any number of different, insignificant nights in the many different calendars that once existed or still exist across the globe, calendars with their own new years that, of course, have nothing to do with our January 1st.

But happy new year all the same. 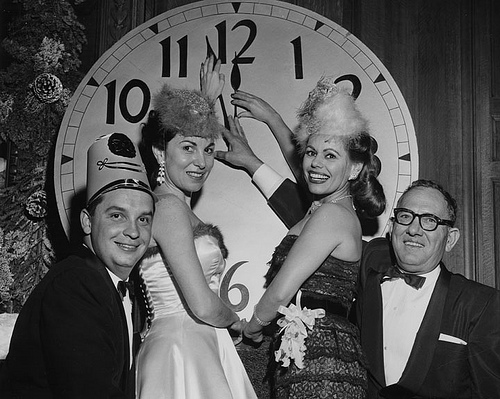