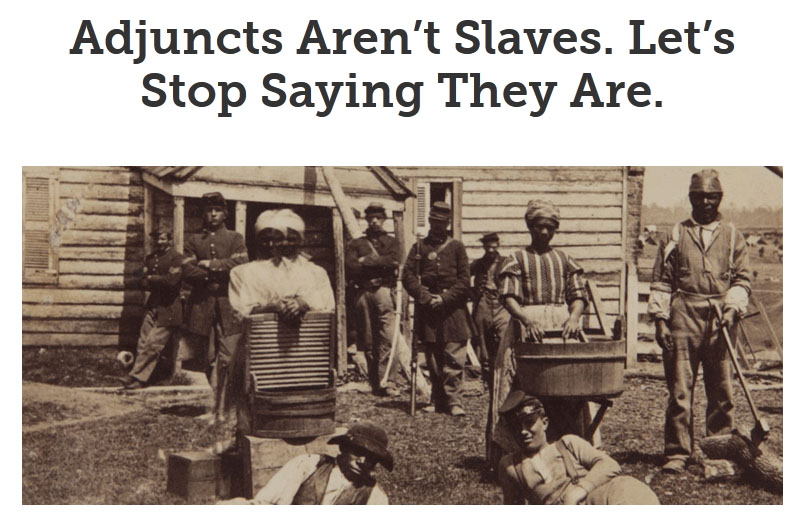 I remember, some years ago, the rise of the term “feminazi” in popular discourse — a term associated with those on the US’s political far right, such as radio host Rush Limbaugh — which named (i.e., critiqued) what it portrayed as the unreasonable and doctrinaire nature of so-called radical feminism.

It doesn’t take much to imagine the response on the part of many (i.e., those in the political middle or on the left) to the way this term created the impression of some sort of equivalence between Nazism and feminism.

Moral of the story: while any two things can be judged similar (e.g., both my car and I have mass), what’s the consequences of overlooking the many other ways in which any two things also profoundly differ? After all, to favorably compare Nazis to feminists one has to overlook one or two (or, perhaps, 6 million) rather weighty differences, no?

With this in mind, what I find curious is how there is now a backlash against the way that politically left or so-called progressive critiques of academic working conditions have been doing some hyperbolic comparisons of their own: turning slavery into a metaphor for the plight of adjuncts, part time faculty, and non-tenure track Instructors. For example, consider this recent blog post which opens as follows: 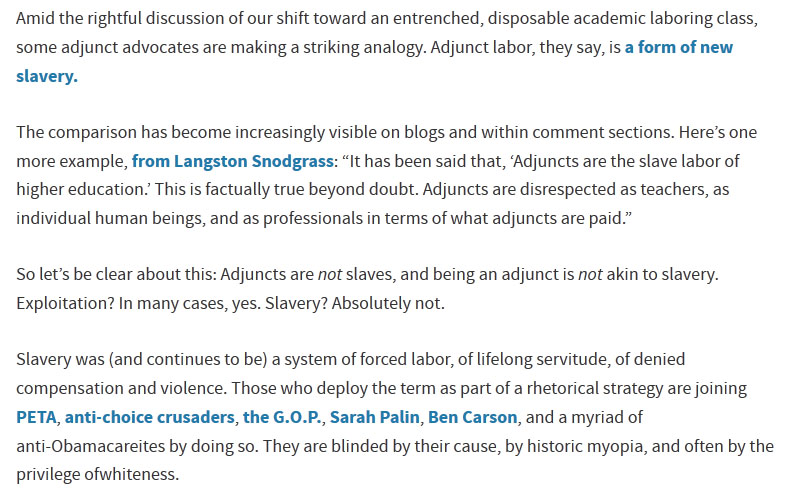 The interesting thing here is not just how similarity and difference are being managed to produce the impression of shared identity (or lack of) but how that management reflects the interests of social actors who are actively carving the world in certain ways by aligning this with that. While the interests of Rush Limbaugh may be obvious to many when he uses a term like feminazi, what of those who make use of the imagery of slavery and those who then police its metaphoric limits?

One Reply to “Metaphoric Limits”