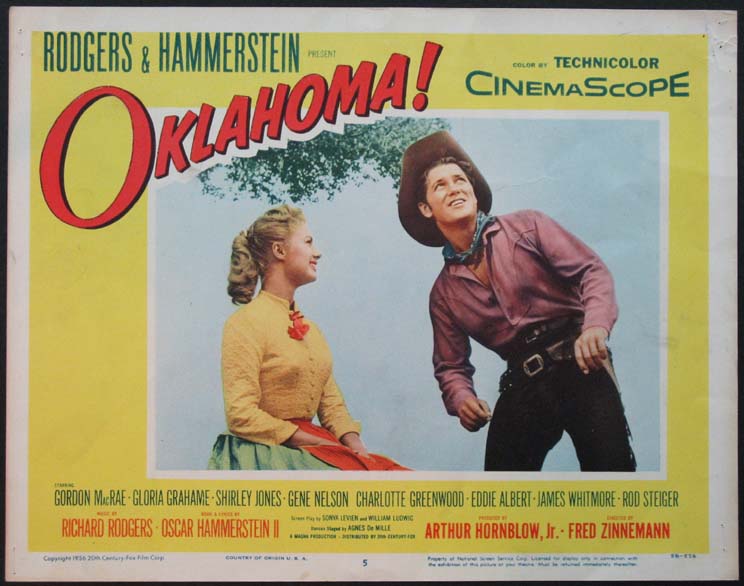 Are you following what’s now unfolding in the US state of Oklahoma? No? As just reported in The Huffington Post:

For scholars of religion this is just too rich an example not to grab hold of and ride as far as it will take us.

But not for the reasons that I suspect many will be drawn to it: because of the impertinence of the nation-state intervening in private, religious affairs, having the audacity to think that it could, once and for all, define religion and determine which of them has a legitimate stake in the public sphere. This strikes me as the tack taken by many scholars who are now interested in secularism or, better put, post-secularism. For this instance on the windy plains would constitute for them yet another example of the failure of the secular State.

After all, religion — most often equated with this thing called faith, and then, subsequently,  its various derivative public expressions, like monuments or head scarves — is just too difficult to define, or so goes the argument. The State therefore ought to stay out of it and it is bound to fail when it interferes.

For me, its just the opposite: religion is far too easy to define. So this example from Oklahoma is interesting for a whole different set of reasons.

Religion is easy to define because we all take for granted the existence of the public versus the private realm, and we use the category religion to name some of those aspects of the chaotic, virtually limitless thing that we call “the social” that fail to qualify for what we happen to think the group ought to take for granted. (Other deviations we name “crimes,” of course; I first argued this in the final chapter to The Discipline of Religion [PDF].) What we think the group ought to be doing we name “public” (like saying something is “in the public interest,” or the way the majority of us think kids ought to be schooled) and we name all that fails to fit it “private” (like a “special interest group”). Failing to see that we all have non-logical, non-negotiable starting points (because to admit that would jeopardize all that’s based on our private/public and our rational/irrational distinctions, right? Calling the whole game into question… So let’s call mine, uh…, axioms. Yeah, that’s it, axioms…), we then name some of them “common sense” or “heritage” or “tradition” and others, at the far end of the spectrum that we’ve just established, are termed “superstition.” Yet others, not quite so far along away from “common sense” get to be called “faith” or “belief” or “experience” or “spiritual” or “religious” — they’re alien to the public many of us are seeking to establish, yeah, but (for lots of us, at least) sufficiently like things we already do, support, take for granted, etc., that they get this honorary status — cordoned off, indeed, but, unlike the iron bars incarcerating criminals, they’re behind nice velvet ropes that come with a break on paying property tax.

So naming something as religious is, in this approach, a social management technical — nothing more and nothing less.

The mistake many make — because they take this public/private distinction too seriously, as if it is a naturally found artifact carved into the very nature of reality (understandably, of course, since this distinction structures, and thereby makes meaningful, their entire life and identity) — is thinking that the institution that governs the public is called government or the State, and that it is in some sort of competition with, or opposition to, the institutions that exist in the private realm (like churches, synagogues, mosques, bowling leagues, etc. — what a scholar of the Graeco-Roman world might just all “voluntary associations“). It’s a mistake because the State is, instead, on both sides of the public/private distinction, constituting its operating system, inasmuch as it is the overarching body that sets and polices the limit between the two (doing so in a way conducive to the interests of those comprising the State, of course), thereby creating the impression of two spheres (like all the hub-bub now over what gets to count as privacy and thus the US government’s role in monitoring such things as emails or phone calls — don’t we all know that there’s no such thing as privacy until a law is passed creating consequences for snooping here as opposed to there?). If we instead start to see privacy, the zone set apart from the public, as a social phenomenon, then it makes sense that, in the nations in which we all now live, it is the State that defines what counts as a deviation so great from the so-called public good that someone is set apart in a jail for doing it. And just like few would question the right of the State to define “criminality,” so too we ought to understand it as completely sensible that the State is the body that seeks to define religion — and, by extension, determine what monument gets to appear within the “public space” of the state capital.

What alien practices are familiar enough that they get this set apart but with honorary status? It’s easy to answer that: the ones like what I take for granted. Duh. The tough part, of course, comes in when, in a diverse, liberal democratic citizenry, where every citizen apparently has the same rights, there’s lots of people who see all sorts of familiar things that just happen to be utterly alien (so much so that they might be understood as dangerous) to their neighbors. Managing the line between the familiar and the alien in a way that appears above it all — when it isn’t of course, since the management game is rigged to begin with — is the tough part.

And so, to return to Oooooooooo-klahoma, we have here a case where, sooner or later, the governing body is going to have take yet another stab at how to create “plenty of room,” as the song from that musical puts it, by defining what gets to be here (public) as opposed to there (private) — but not creating so much room that anything goes.

But since that’s another musical altogether, I likely should end it here.