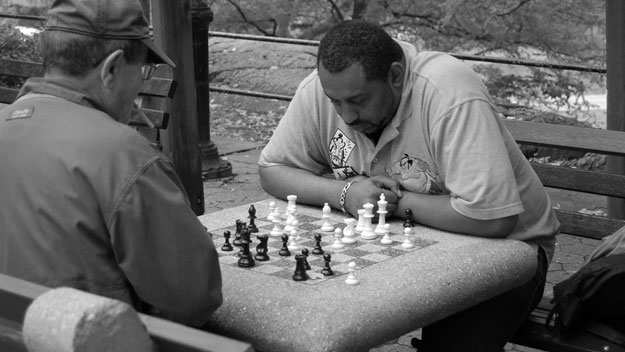 I ask this for a specific reason; I need some info on them, if I’m going to help them figure out why the class material strikes them as so difficult. So, often, I’ll start out by asking a bunch of question — they break the ice a little (since students rarely come to office hours, at least in my experience, making a prof’s office probably an intimidating destination) but they also give me important diagnostic information.

What year are you in?

Have you ever taken a course in the study of religion before?

What would you say your attendance rate has been in the class…?

What grade do you think you should normally be getting in a 100-level course?

There’s more, of course, and I don’t always need to ask the same questions: the answer to one will often tell you if there’s a follow-up needed. And often the answers I get will suggest a strategy that students might consider adopting if they wish to improve their grade. For if she’s a first semester student who usually takes all science classes and is in our course for a Core Curriculum “Humanities” credit, well, that suggests to me a few misconceptions the student might have about our class that, if identified and adjusted, might lead to an improved grade on the next assignment.

So, like I said, I recently asked a student what he thought of the course, as an opening gambit that is the chess game that we sometimes call the Socratic teaching method. And, as I had hoped, his answer was revealing, for he told me that he was used to taking courses that had, well…, that had facts. And our course didn’t and so he was finding it to be a bit of a challenge, feeling a little lost in it all.

That was a very revealing answer to my query.

It was interesting to see — whether he knew it or not — the old fact/value distinction being called upon, a distinction prominent in how many distinguish the settled knowledge of the so-called hard sciences from the vague relativity of everything else. It’s true, we had no numbers in the course, if that’s what “facts” meant, and I suspect it did, though the student might have even meant dates and place names to memorize, like you find in so many undergrad classes these days. Thinking back, I recall all sorts of facts I had to learn in my own undergrad degree in the sciences — what mitochondria was…, what DNA stood for….

Contrary to how our field was established in North America in the 1950s and 1960s (i.e., we study the essential element to religion that the sociologists, and psychologists, and historians, etc., all overlook — or so our predecessors argued) my strategy has instead been that what we do in the study of religion is no different from what students study all across the university: we study a subset of what people do or leave behind when they’re gone. Simple as that. “Religion,” then, is our technical term, defined as we wish, that helps us to narrow the gaze to just a few of the many things we could have been looking at. So, hearing his answer to my question, my gut instinct was not to help this student develop some unique sense to grapple with our no less unique material (I bet that’s how he’d been approaching things, actually) but, rather, to just ask:

Have we learned any facts in our course?

Sure, I don’t like that word “fact,” inasmuch as it implies self-evidency and autonomy, as if certain items in the world scream out their inherent significance and our job, as scholars, is to passively recognize how important they are. But my 100-level class isn’t the place to tackle that one (even though I do discuss my own uncontested role in placing things on their syllabus, thereby hoping to entice student to rethink facts as values created by the choices of authorized social actors — like a prof in a university lecture hall), so I decided to just run with it and see where it would take us on our conversation’s game board.

He thought about my question….

I posed a chaser:

Which department in our University would Mary Douglas work in?

Now, students in my intro course use a book I’ve written, which bolds each technical term the first time it’s used in each chapter and also bolds the name of any scholar whose contributions to the study of religion we discuss — the words are then defined in the book’s glossary and in a section after that there’s two or three pages on each of those scholars, noting when and where they lived and worked, what sort of academic work they did, and some suggestions why they’re relevant to us (along with a few pithy, key quotes by each).

There’s plenty of facts, in other words.

And the course started with discussing some of the work of Mary Douglas and then used her as a reference point on and off throughout the semester.

Luckily, it didn’t take too many follow-up questions this time, for he soon caught on. Our course, like any, had all sorts of seemingly separate tid bits of information (e.g., what does the term emic mean?) that, if defined correctly, allowed one to link them up to yet other discrete pieces of info we also talked about (e.g., emic is the opposite of etic, for instance — now we have two items in play) and which, connection after connection, ended up building those things we call a discipline or a body of knowledge.

Our course was therefore utterly filled with facts. He just hadn’t recognized them as such.

I’m hoping that this shift in how he understood the class, how he understood the production of knowledge, helps on the final exam, inasmuch as it provides a way of approaching the material, an understanding that grasping something might take some memorization (surely none of us reasoned out that the thing you put on your head ought to be called a “hat,” right?) but it’ll probably also take knowing a sufficient amount about it so that something in that domain might hook up with something over here, concerning another thing, in another domain, and that, in turn, it’ll all connect with something in yet a new area…

And voila, we now have the ability to say:

Although an anthropologist, much like her predecessor, Emile Durkheim, Mary Douglas was interested in the way that identity was linked to how rule systems function…

It’s just a 100-level course, to be sure, and we only bite off so much. But that question in my office was the tip of an extremely large and important iceberg, concerning how signification and identification work, how knowledge is built and enlarged, even how language functions. But those lessons are best left for another day. For now, I’m content if the student can better understand why I recommend that students first learn at least 5 things about each item we discuss — the ones that are bolded in the book — and then that they sit down and start writing out sentences of their own in which they begin combining this concept’s 5 details with that concept’s, and then begin riffing on those basics — the way jazz improvises on the standard rules — thereby making novel connections that I’d not made in class, and preparing for whatever I might throw at them on the final exam.

So let me ask again, what did you think of the course?