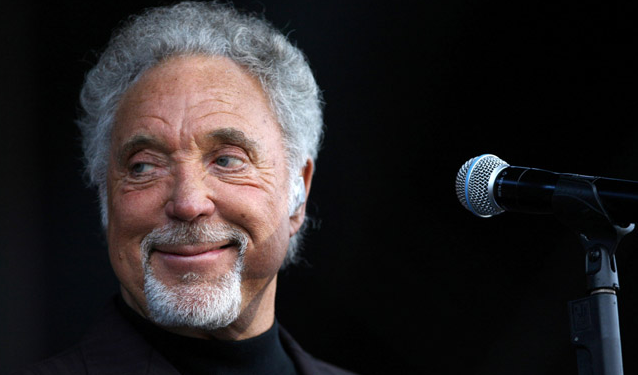 Did you catch the recent interview with Tom Jones, on National Public Radio? He’s 75 now and still going strong. He has an autobiography out and a new album and was reflecting, in the interview, on how, with age, he’s now able to sing certain songs with more credibility than when he was younger.

In particular, he talked about this 1950 Hank Williams song.

As he phrases it in the interview:

I think if I had recorded that when I was in my 20s it wouldn’t have fit in as well as it does now…. It’s fitting to do it now…. You know, you record things at certain times in your life…, you have to live a while for people to believe the words that I’m singing. Because, when you’re young…, even though like when I was a teenager, I was singing songs that I hadn’t lived yet… But I think I’m more qualified now to sing the songs that are on there, because I’ve lived a while…. When you’ve lived a while you can sing songs in a different way than I would’ve when I was younger.

Which got me thinking of a contemporary (well, 1994) song that the late Johnny Cash recorded (late in his own career, when he was reinventing himself): Nine Inch Nail’s song “Hurt” — a rendition so distinctive that it prompted Trent Reznor, it’s writer and original performer, to be quoted as saying it’s no longer his song.

Do you know Reznor’s version?

What’s interesting about all this to me is that although we know this is all performance — we call these people performers, no? — we, as fans, nonetheless seek out some sort of authenticity, as if there was no performance but, instead, the presentation of mere biography. In that regard, Tom Jones is correct, I think.

But we fail to see that, not unlike their voice, these performers are using their very persona — cultivated through years of media appearances and stories of their lives (i.e., its ups and, more importantly maybe, their downs) — as one more device in their performance’s repertoire. It’s pretty apparent in Cash’s video, no? The grey hair and the wrinkles, and (in Cash’s case at least) the voice that’s not what it once was, along with the hard living reputation, are now what the cunning artist draws upon; they’re working with what they’ve got, after all, in order to create an aura of legitimacy so that listeners are willing to overlook the gap between singer and song, to come to hear it not as a performance, but, instead, as just being 3 minutes of real life.

When we all know, if asked, that it’s highly produced.

and Tom Jones’s crazy dance moves were no less rehearsed.

And Cash didn’t write the song “Hurt” and just because he has curly hair and blue eyes doesn’t mean that that line was written by or for Jones — neither song is about them (some say Williams’s song is about his own marriage, in fact, and Hurt is about, among other things, heroin addiction). But we overlook the happenstance relationship of song and singer (the latter and his production team chose the former) and thereby the singers come to own these songs, by persuading fans that they’re direct presentations of enduring identity.

The original referent for both songs (i.e., what they’re really about) is long lost to the contemporary listener (were they ever really about anything other than good rhymes?) and we’ll be less likely to go looking for the original author, the original meaning, so long as the current singer strikes us as credible. For, as Tim Hardin sang back in 1965 (before Rod Stewart made the song his own — at least for some):