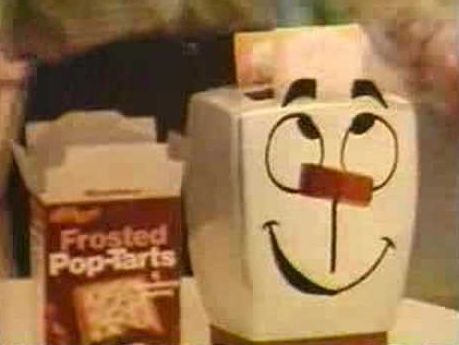 I’ve noticed that over the past few decades we’ve come to signify modernity to ourselves not by means of images of a fast-paced, hectic world, as we once might have when that life was just becoming our reality, but, instead, we now do so by means of the slow, deliberate movement of the inanimate things that surround us. In my recollection it was the smooth operations of the newly hydraulic lids on record players, and in cassette players’ covers, where I first saw this, probably thirty years ago. No more would the lid stay up only if you held it in place or just flip up, the result of such basic technology as a coiled spring, but now it passed through a self-controlled series of movements. The CD tray, with its smooth, push-button operation, replaced both of these outmoded media technologies, and came to signify the clean, silent operations of the modern. And today? Everything automatic takes its time — from drawers in your kitchen that slowly pull themselves in to the hatchback on your car that takes several seconds to close automatically; even our bedside clock/radios take a second or two to turn on after you flick the switch.

Press the button and count: one, two…, and only then do you hear the music.

The now arrives at its own sweet time.

Which makes me think of that scene from Michelangelo Antonioni‘s 1966 classic, “Blow Up,” in which the hip photographer, played by David Hemmings, teaches the mysterious young women he’d photographed in a park, earlier that day (played by Vanessa Redgrave), how to be cool.

Slowly. Slowly.
Against the beat…

Maybe this sheds some light on why we’ve surrounded ourselves wit campah such slow moving things — things that, in this day of high speed algorithmic stock trading (in which thousands of buy/sell orders can be transmitted by computer each second), seem entirely out of place. But perhaps they’re an intentional attempt to slow things down — not to buffet us from our otherwise hectic lives, like that early 1980s milk ad campaign but,

instead, so as to make a product, feature, or a brand stand out, to cause an otherwise preoccupied consumer to pause, wait, notice (get frustrated too, perhaps?), in much the same way that smoking against the beat of a fast song, and doing so in such a contrived and controlled manner, can’t help but make you stand out in a crowd.

So the next time you press that button and watch your bread slowly descend, ask yourself if you’ve just been forced to pay attention, to watch a commercial. For product placement may now have risen to such a purposeful art that it is coterminous with life itself.