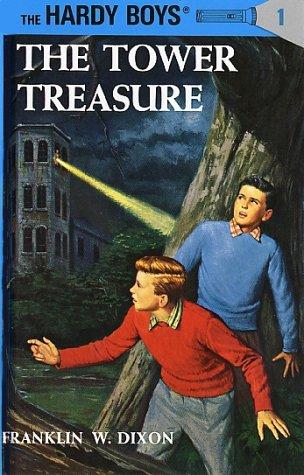 Turning various groups of symbols (on a page or computer screen) into an image or meaning in our own minds is a fascinating process. Jasper Fforde, the UK novelist, expressed it this way in The Well of Lost Plots,

After all, reading is arguably a far more creative and imaginative process than writing; when the reader creates an emotion in their head, or the colors of the sky during the setting sun, or the smell of a warm summer’s breeze on their face, they should reserve as much praise for themselves as they do for the writer-perhaps more.

Of course, the individual act of imagining those emotions and colors can vary considerably. I remember as a child being frustrated when the illustrations in a Hardy Boys book looked nothing like the image of Frank and Joe that I had created in my mind. Whatever image the author had in mind when creating those characters was inconsequential in my imagining of the characters (or the cover illustrator’s imagining, for that matter). Thus we have something akin to Roland Barthes’s concept of the death of the author. Once a work is out of the author’s hands, what she intended when she composed the work becomes impossible to know. The power to create an image or interpretation resides with the reader.

The same principle, of course, holds true in other forms of language beyond novels. We certainly see the variety of interpretations when people disagree over the meaning of a sacred text. Such differences also exist even on the level of a simple question in a survey. When the Pew Research Center asked respondents in various countries how their day has been or how religious they are, the respondents interpreted those questions in various ways that make the aggregation and comparison of responses problematic. In a recently published report, Pew described various ways that Americans differed in aggregate from the responses of nations with similar GDPs. While the religiosity of a nation generally was lower if their GDP was higher, Americans were the exception, with a higher percentage of Americans responding that they are religious than any other nation with a relatively high GDP. Similarly, when asked if their day was going well, respondents were more negative in nations with higher GDPs than nations with lower GDPs, again with the exception of the United States.

While the conclusion that Americans are happier and more religious fits with the presumption of many that America is exceptional (perhaps explaining the popularity of this report according to Pew’s Twitter account), the concept of the death of the author generates some healthy skepticism. Beyond the question of translating the survey questions into different languages that can generate different nuances, each respondent interprets the question according to their personal background and preferences. What qualifies for each respondent as having a “good” day or being religious? Moreover, societal differences as to the social acceptability of having an upbeat, positive attitude (or not) or the concept that being too upbeat is seen as bragging and inviting the opposite could influence how an individual, and an entire community statistically, would respond. The comparison of data assumes a consistency of reading and interpretation that is not necessarily present. The interpretation of the data itself, and my reading of the published report are further examples of the process of interpretation. And now that this is published, everything is up to your interpretation.