I watched “My Big Fat Greek Wedding” (2002) the other day — sure, I’ve seen it a few times before but I always get a kick out of the way it lampoons the creation of diaspora identities and the way they can end up being over-the-top parodies (because they’re based on estranged memories) of the thing people think they’re just modeling.You haven’t seen it? Well you should.

But if you’ve already seen it then you should watch it again, for this was the first time that I realized the way that the opening credits were written: to “look” Greek.

See the E up there, in the name Steven in that opening photo? Those who know their Greek alphabet will recognize that the letter sigma is used in place of an E.

So what’s curious is that a decision was made (and inasmuch as I never “saw” this before it must mean that it works!) to use incorrect Greek in order to make the credits seem authentically Greek to non-Greek speakers (it’s a US movie, after all, largely filmed in Toronto).

For to a Greek speaker also familiar with English (as most are), or an English speaker who at least knows math symbols or frat names, that fellow’s name would actually seem to be Stsvsn rather than Steven — which makes no sense. After all, you can guess what the letter sigma sounds like.

What’s more, if the filmmakers had really gone for a legitimate Greek feel to the credits then they could have used an epsilon (upper or lower case) — the only trouble is that it looks too much like the English E and thus the whole Greek “feel” to the credits would have been lost on viewers, since the difference is too subtle. 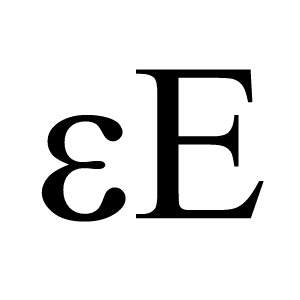 The lesson? Some things can be too authentic and if they are inauthentic in just the right way we’ll never notice it.