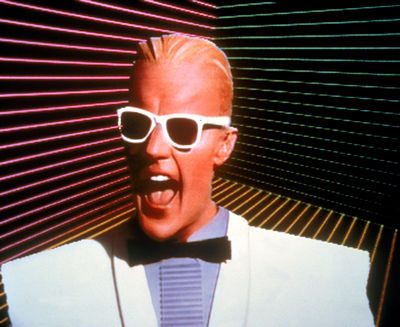 It’s been interesting to see Culture on the Edge‘s two month old site cited recently — for example, consider this post below from a Metafilter.com discussion board about one of my own posts on the Aslan/FOX News affair (click to enlarge):

The curious thing about this sort of response (including an email or two I’ve received from, I think it fair to say, outraged colleagues elsewhere in the country, who, presumably, are circling the wagons to defend one of our own) is how anything but condemnation of FOX News is met with condemnation from people who more than likely see themselves to be on the political left. (Consider a comment on my post that opened with “Your critical thinking skills are lacking if you don’t see who the bad guy is here, if you’re trying to create some sort of false equivalence….”) While I can’t judge how readers will themselves judge the tone of my above-cited post (if posts even have tones), it does not strike me as even “somewhat cynical” to be interested in how signification systems function within contested social settings (a synonym for “culture,” “history,” or just “everyday life” perhaps?). Instead, it strikes me as what many scholars in the human sciences do for a living.

Sadly, the FOXification of mass media (a term that misleadingly places causal responsibility at the collective feet of but one U.S. news organization when, in fact, it is a movement far larger, that we see all across that broad domain we now call culture, in which what we once knew as expertise is now derided as mere opinion, facing off in a grudge-match against other opinion-makers, all in the hope of causing a bloody stir that attracts viewers and sells more mops or whatever happens to be financing the show) seems to have viewers and readers assuming that description and analysis is merely the handmaiden to normative (and sometimes angry) commentary — for without the latter there’s now an empty feeling in the viewer’s stomach, like leaving out the “two bits” from “shave and’a haircut…”.

When it comes to the topic of religion in the mass media, that satisfying normative commentary (i.e., identifying the bad guys) usually remains in the realm of easily digested stereotypes (for, as Chomsky said long ago, you can’t say a novel thought in a soundbite, for you’ll come off sounding crazy). So it takes the form of something like a debate over why Buddhist monks engage in violence (because those of us who took a world religions class know that they ought to be meditating or begging for food, right?), what the proper form of Islam is (because, like commenting on the puzzling behavior of those Buddhist monks, the scholar’s job is to figure out the right way to be religious so that we all know who the militants and radicals are, no?), or, as in the Aslan/FOX affair, not to mention the cover of Time and Newsweek magazines just about every Christmas or Easter season, what the real Jesus was really like (an historical question, yes, but whose answer requires a combination of time traveling and mind reading that some still think can be accomplished through a “close reading” of the text).

At emotionally heightened times, and when discussing emotionally heightened examples (i.e., those occasions and totems that serve as socially formative sites), this preoccupation with authoritative, normative judgments makes sense, of course — e.g., those who recall the immediate media aftermath of the tragic 9-11 attacks in the U.S. will remember the impossibility, at least early on, simply to try to determine or imagine and then merely to describe the possible motives or worldviews of the hijackers. Such analysis was pretty much seen as unfeeling and bordering on the traitorous: the effort just to understand was judged sadly insufficient. While the current controversy is by no means as emotionally laden as that heartbreaking episode in our recent history (and even drawing that analogy likely risks controversy itself but my hope is that it is provocative of thought for those who think we always need to pick sides), in this case some responses to an attempt simply to understand and articulate the shared socio-rhetorical/economic setting of the reporter and the author are themselves far more interesting than the initial affair — at least for people who, like the members of Culture on the Edge, wish to examine how systems of identification and authority function in our social worlds.

But because this is not their goal, each side in the culture war will likely consider this interest to be giving aid and comfort to their enemy, something they’ll surely shout back and forth at each other, while winking to their own constituencies, all between the commercial breaks.