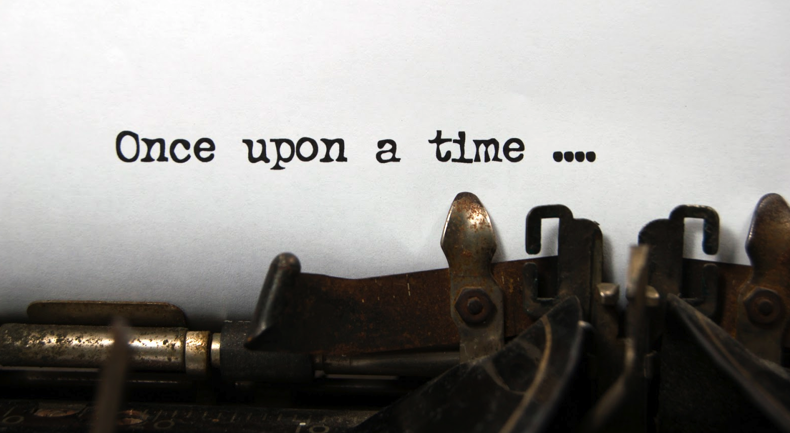 kaybee’s comment stood out for me because it nicely represents a commonplace strategy — a strategy at home within the academy no less than in comments on the web — of positing a pristine originary moment that, once expressed or shared, is only later corrupted and polluted. It’s a model not unlike the telephone game (problematically known as “Chinese whispers” earlier on), which judges the contemporary against the pure source, and one that we find in the U.S. supreme court (when a justices measure current behaviors by the standard of what the writers of the Constitution intended) as well as in the study of etymology itself (whose own etymology denotes studying the true meaning of a word).

About ten years ago I spent some time looking at this highly individualistic theory of social development by starting with a classic statement from a classic book. 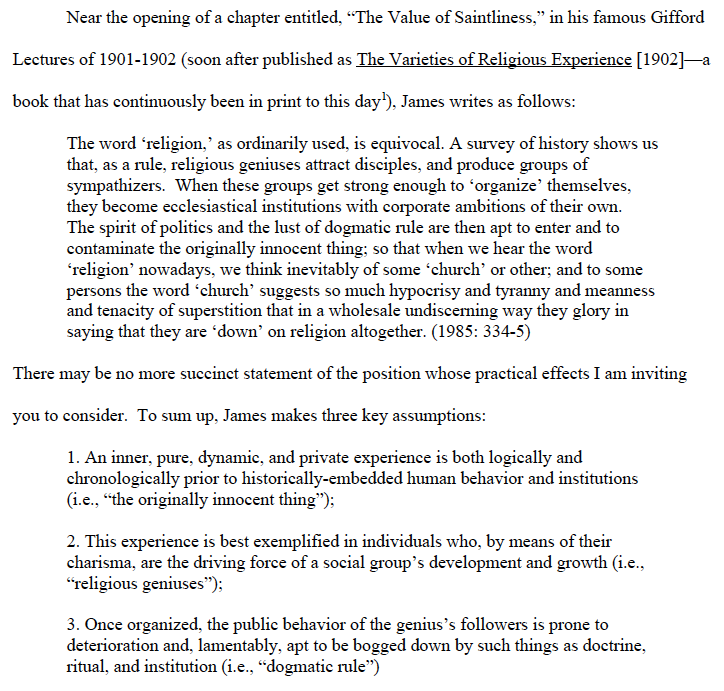 kaybee’s comment makes the same moves as did James’s theory on the origins of religion — as do virtually any tale about the past that takes as its starting point the doings of individuals or which posits a pristine source.

The trouble, of course, is that what counts as the starting point for any story is selected by the person telling the tale (kaybee picked “both Jesus and Muhammed,” for example), the one who is situated here and trying to make sense of some feature in the now, and thus the one who goes digging through the archives that we call the past in order to come up with an alpha that leads to the omega they happen to prefer or which puzzles them (for reasons of their own). What we must never forget, then, is that “In the beginning…,” “Once upon a time…,” or “”When the ancestors walked the earth…” are always and inevitably words coming out of a speaker’s mouth in the here and now and not transparent reflections of timeless situations to which just this speaker has privileged access.

It’s so profoundly apparent to us when an old man dismisses “those kids today” by telling us how far he used to walk to school, no? It’s the same dynamic with all origins tales, I’d say.

This means that we should be keen to keep our eyes on the moves and choices being made by any speaker talking about any originary and thus authoritatively past moment or positing some linear explanatory sequence from then to now, causing us to be suspicious of that old distinction between myth and history, as if only the latter were factual accounts of a real past and an actual sequence of events. For now all origins tales (and maybe we should talk about the big bang theory too [and I don’t mean the TV show]?) become strategic deployments of present interests and choices cloaked in the mists of a long past past.

So, thinking back to the opening picture, above, we should always be on guard to remember that those typed words didn’t get there on their own and the beginning of the story didn’t select itself.