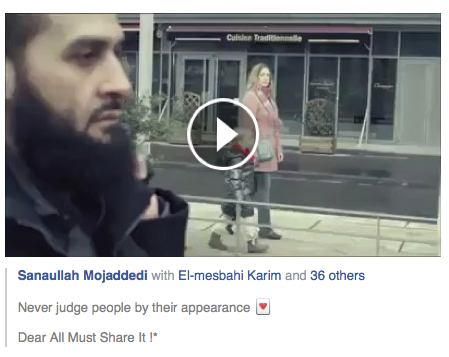 On Facebook this morning I saw two curiously juxtaposed posts on my newsfeed: the above (click the image to see the video), wisely cautioning us about the dangers of judging value based on appearances, and then the one below (click that image too), which strategically caters to this very tendency to achieve their goals — they give the dog a cute make-over and it is adopted. 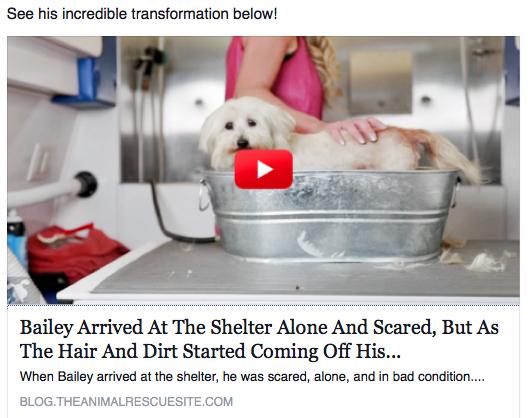 When is judging a book by its cover a social ill to be criticized and avoided at all costs, and when, instead, is it seen as a human inevitability that we need to play upon to get what we want? After all, it’s not like publishers don’t have crack design teams working full-time on book covers or that we opt not to dress up for a job interview.

So why do we only sometimes value positing a direct link between appearance and identity? And can the same person, in two different situations, hold contrary views on the link (or lack of) between the two, without worrying much about it?