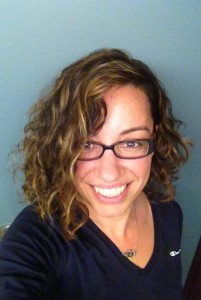 Q: Vaia, you focused some of your scholarship on ancient Greek texts both before and after beginning to read social theory – could you give us an example of how the theorists you’ve read have affected the way that you now approach these ancient materials?

A: My Masters was on Euripides’ tragedy Hippolytus and the notion of Meden Agan (i.e., moderation) and how it was understood in the 5th century BCE Athens. In order to write my thesis back then, of course, I read a lot of secondary literature and commentaries on the play, heavily descriptive works on the “religion” of the ancient world, and of course how ancients might have thought/felt and the universality of their meanings that (we today presume) stay unalterable in their texts—meanings that modern scholars, with the right tools, will be able to retrieve just like the archaeologists dig up and unearth the past. I did all that in my effort to better understand and recreate that ancient world. This approach to the ancient material has changed once I started reading theorists like Russell McCutcheon, Jonathan Z. Smith, Bruce Lincoln, Michel Foucault, and others; now my data are not just these ancient texts (whether literature, or statues, vases, etc.) but also the commentaries that previously served as my “way into” the ancient world, for I came to realize that the world I was entering was the world and time period of those scholars.

In other words, what has changed among other things is the taken-for-grantedness of “religion” and its derivatives (from things “religious” to “experience,” “belief,” etc.) in relation to the ancient world (but also in modern times). Something that I find so often in the scholars who study the ancient world is that, even though they admit that religion in the ancient world is very much integrated in the wider social world (that is, there is no such thing as religion then as we think of it today) they still study “religion of the ancient world,” of Greece, Rome you name it, which is a persistence that now makes me curious. It’s a curiosity that drives my own interests in trying to identify what are the motives, interests, etc., of those scholars who want to “see” a modern category, i.e., “religion,” manifest in a world long gone. For now, I see the category, taxonomy, classification, “religion” as used by specific groups/individuals to name, organize and make sense of their own world and for their own time and space specific interests.

Furthermore, the fact that I don’t “see” religion in the ancient world but only “see” it in scholarly claims and discourses also has changed the way I approach the ancient material in general whether texts or material artifacts in terms of reading their meanings as if they were something that transcends time and space. Therefore, I don’t see my role as a scholar to “dig up” that meaning, but instead to study what anachronism accomplishes and what kind of worlds they make possible in the here and now.

Q: One of your blog posts was on how museum exhibits present their artifacts, a staging that overlooks (or would you say disguises?) how much labor has gone into unearthing, interpreting, arranging, and presenting the material to visitors, to achieve a specific effect. As a social theorist, what do you make of museums and what catches your eye when you visit one? Can you give us some examples?

A: I have always been fascinated with museums and I always take myself as an example; somehow I’m my own data in the relation of visitor/museum. I used to spend a tremendous amount of time looking at the artifacts the depictions on the vases, when was it made, and I was impressed by the various statues, their details, and their beauty, and of course the “objective” historical descriptions that accompany them when they are on display and that place those items in “their” space and time—the things that help the visitor to time travel and have the “experience” of the past. That was me some years ago. But, as my readings and interests in my own work has shifted, so has the way that I now approach museums. Simply put, they are my data in a different way now; I see museums now as an ISA (Ideological State Apparatus), to borrow a term from Althusser, that construct, promote, and preserve specific identities. Nothing that is nicely framed behind the glass of the display is self-evidently interesting, for, I would say that the staging disguises the labor and the criteria that placed something there in the first place, because I’m aware, at least in Greece (and no doubt in many other countries), of the tremendous amount of stuff that will never make it to display windows or, if and when they do, it will be because of the interests and the criteria of a specific time period (the museum curators, for example, interests among museum goers etc.).

Speaking of criteria, I remember the first time I came in the US, in November of 2008. While attending the Society of Biblical Literature conference, good friends took me to the Museum of Fine Arts in Boston; I admit I was very much curious to see how ancient Greek artifacts would be displayed. Upon entering the museum it was evident that the interest of the museum was now mainly in Chinese culture; my memory may now fail me but as I remember the museum had a special exhibit devoted to China, and quite impressive from the way items where placed, to the lighting, etc. It took us forever to find the ancient Greek section, which was a small room with stuff just packed (if not thrown) in there—and yes I felt disappointed but it does make you wonder about the importance or value of the exhibits, for apparently both the importance and the value change according to contemporary interests and needs. For, no doubt when the museum first opened its doors to visitors in 1876 ancient Greek artifacts would have been one of its main attractions.

So to conclude, what now catches my eye is not so much the what (is exhibited) but the how (it is exhibited) and of course the way it is narrated, for now the focus is not on the stuff but the narratives that make the stuff stand out!

Q: Your work sees a link between authenticity claims and discourses on origins, both of which have effects in the present. Can you illustrate for us how this works and how widely do you see this happening across social life? Is it specific only to religion?

A: In my work, which looks at the construction of modern Greek identity through the discourses on the self and tradition, authenticity claims and discourses on origins play an important role both on individual as well as on a group level in the creation, promotion, and authentication of identities, always for present purposes and interests. Drawing from various examples it is obvious to me that it’s not specific only to religion but it widely happens across social life, from scholarly work to our every day life. We create boundaries, have affiliations and estrangements, develop a certain notion of self as gendered, as citizen, as of a certain nationality or you name it on authenticity claims and discourses on origins.

To give an example of how this works, consider the characterization in Greece of villages as “traditional.” After WWII and the creation of the EU (European Union), efforts were made for the construction of a European Identity that would no doubt insure the similarities and distinctiveness of the countries involved. Among those initiatives was the funding, in order to be restored, of villages that were old, and of some historic significance. In Greece, that meant that some (just some!) villages and their buildings where characterized as “traditional,” by criteria set by the State, and they were then able to get funding to be restored exactly because of authenticity claims and discourses on origins. Therefore, in northern Greece, from its east to its western boundaries, there are traditional villages where their buildings are of the so called “Macedonian” style—a style that meets a modern sense for what the past of this region “ought” to have been; to me, this makes evident how “tradition,” “authentic,” and “origins,” are all rhetorical techniques in the service of contemporary needs and interests.

Q:  You’ve done graduate work in major universities in both Greece and Canada, and also worked as an Instructor in a public university in the U.S. What are some of the unexpected similarities and differences that you found between these three national educational systems?

A: There are certainly similarities and differences in all three institutions, from the way they are structured to the relation of professor/student, to possibilities and opportunities one has, to the study of religion itself. But what I think was important about having the luck and opportunity to move from Greece to North America (that is, the US and Canada), is that it made me be more self-reflexive about my work and how to do my work. The US and Canada were no longer the exotic other, where one can pursue a career in the study of religion free of ideological interests and pursuits (as I think that we in Greece sometimes think), and Greece stopped being the center of the world. I realized that the center is where you happen to stand at any given moment and from that center you see the world, therefore you realize that there are multiple centers and what may once have been a periphery can become the center.

To give but one example, since I did my undergrad in the Theology School of Aristotle University, in Thessaloniki, most of the work there was focused on Orthodox Christianity, its importance, history, etc., and it was therefore seen as the center of Christianity from which everything else was judged/compared; Roman-Catholicism and Protestantism, however, were the periphery, but they were important as all peripheries because they allowed the center to imagine of itself as having a certain identity, as being “the center!” After I moved to the US and Canada, the center of Christianity was not Orthodoxy any more; it was now but another spot on the periphery of the new center.

So I encourage anyone who wants to pursue a grad degree to flee from her/his country of origins for, to be honest, despite the difficulties (leaving behind your comfort zone, family, friends, trying to fit in a new environment with its own social codes and sometimes even an entirely new language) the gains are many.