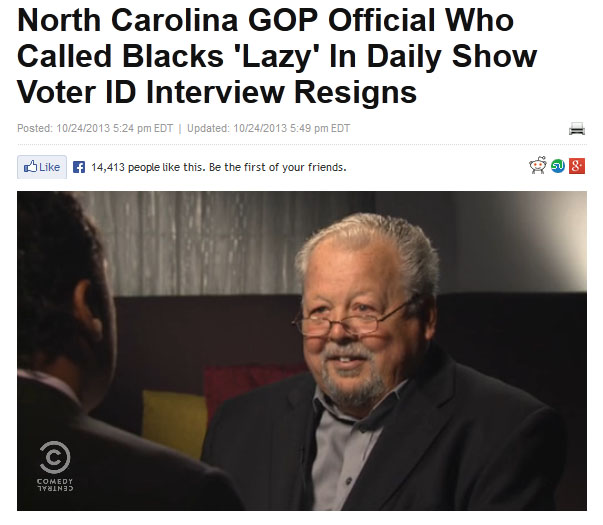 As I tried to suggest in a post last week, concern over dehumanizing the people we study has long struck me as a pseudo-problem, i.e., a problem of scholars’ own making, inasmuch as I think that we worry about this only for those with whom we already agree, with whom we already share some affinity. In a word, the fact of the concern is an example of our own identification practice/interests up and running. For all others, we, as scholars, are likely in tacit agreement that we are not trying to convey or conserve their self-perceived meanings or some ethereal quality that they apparently share with us but, instead, trying to figure out how in the world they could even think or act in the way that they do (i.e., in such cases the people we study are a puzzle to be solved and not a pristine human value to be protected from the prying eyes of outsiders), given that their actions or beliefs are so patently odd or curious or wrong or unethical or illegal or immoral.

Case in point: what do you make of this recent segment from The Daily Show that was just making the rounds on the internet?

Have the questions, demeaning eye rolls, and edits disrespected and abused that one gentleman’s agency and autonomy as a human being of inherent dignity and worth by making a laughing stock of him (he soon after was asked to resign from his political position, indicating the real-world impact of this interview)? Has this human being, this unique individual, lamentably been turned into an object, or worse: a mere commodity (for this is a television show, part of the mass-media, that uses advertiser’s dollars to make a profit for its network, after all — not unlike the presses that publish our own careful ethnographies and nuanced histories, but I digress…) — thereby turning a person into a thing that we use for our own entertainment and edification (and don’t forget profit)?

If that’s the way we see it, then where is the public outcry from scholars over his, what shall we call it, deplorable and dehumanizing treatment at the hands of the media?

My hunch is that, depending on your political view, you may well feel like the parody news reporter nailed this cocky fellow just about right by exposing the hidden, improper, even racist motives that, some would argue, drive such things as voter registration efforts in some U.S. states. We’re not here to protect and honor him but to out him.

So my (loaded) question is: What acrobatics and self-involved hand-wringing will those (at least left-leaning) scholars who worry so much about the objectification and loss of “the human” need to employ to rationalize why either some or many of them probably laugh or feel vindicated while voyeuristically watching a segment such as this, while watching parts of this man’s life fall apart before our very eyes?

What’s more, now that we’re on the topic of protecting or recovering or preserving or conveying “the human,” how much must such scholars eviscerate the particulars, gaps, and contradictions of social, historical existence in order to come up with some generically trans-species status, apparently shared by all of us (but only us, and just us — not that guy), called “the human”? Ever read Roland Barthes on this (PDF)?

Put briskly: What are we protecting from the word “data,” when we bristle at its use in the human sciences, other than our own uncontested right, as privileged writers and readers, to define what counts as the core traits of a universal group to which we also happen to claim membership?

(Thanks to Kat Daley-Bailey for the above clip
from the TV show “Community.”)