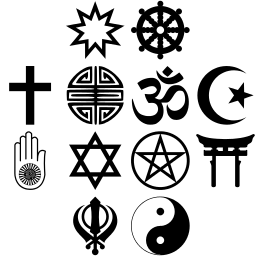 When the Huffington Post included “The ‘Nones’ Get Organized” in its list of the of Top Ten Religion Stories for 2013, the description illustrates further the problems with much of our discourse. Not only does the account switch too easily from “Nones” to the organizers of the “Sunday Assembly,” a congregational gathering focusing on nontheists, but the account also illustrates the absence of commonality, even among a subset of the “Nones,” while still discussing the “Nones” as if they form a group to be organized.

The schisms in the Sunday Assembly movement, apparently over strategy, personality, and conception of atheism raise questions for me about what it means to consider a collection of people a group, and thus apply a singular label to them. The search for a singular essence uniting a group has largely been discredited (for examples, see here, here, and here), but it seems that the conceptions and practices of those who identify as atheists, Nones, or participants in the Sunday Assembly movement are quite diverse. The only thing that appears to unite them is the shared self-identification (or non-affiliation, in the case of the “Nones”). The group only exists in the imagination of those constructing the group, sometimes the organizers, sometimes the analysts (whether journalist or scholar).

This point can be extended well beyond the various conceptions of the unaffiliated, as groups generally maintain a sense of commonality despite diversity. Whether one wants to talk about Mormons, Baptists, or Sufis, the schisms within those communities highlight how describing each of those as a group organized by commonalities, just like the unaffiliated, overwrites the diversity among those who identify with those labels and the various reasons behind their continued affiliation with it. Considerable work is necessary to create and maintain the conception of a group that cloaks or downplays the differences. So, the problems with the category Nones, which I have discussed with my colleagues ad nauseum (here, here, here, here) becomes an illustration of larger issues of how any of our group labels and identifications are themselves fictions doing ideological work for many different interests. Using those labels in scholarship often constructs or legitimates those group fictions, whether intended or not.